Chinese Couplets, a Mark of the Cultured Life of Scholars

A Chinese couplet is a line of poetry in which two lines complement each other.

Couplets are a form of Chinese literature with different contents and styles. They can be poetry or calligraphy. Some couplets express people’s sincere love for the motherland, some describe the beauty of nature, and some express good wishes for the coming year.

Originating in the five dynasties (907-960) and the Ming (1368-1644) and qing (1636-1912) dynasties, Chinese couplets can be found everywhere in China and Vietnam, Korea, Japan and Singapore. As early as the qin dynasty (221-207 BC), it was the custom to hang peach wood amulets on doors during the Spring Festival to ward off evil spirits. Couplets have similar USES today.

Couplets became popular in the northern song dynasty (690-1127), which can be fully reflected in the last lines of wang anshi’s poem New Year’s eve (1021-1086). During the Ming dynasty (1368-1644), the couplets were written on red paper instead of mahogany, and from then on, writing couplets was considered a sign of the life of literati.

The spring couplet is written in black ink on red paper, one half affixed vertically each side of a door as a Spring Festival decoration, and usually expresses best wishes for the coming year.

The hall couplet, also known as a hanging scroll in Chinese culture, is usually put up in the center of the main hall of each household.

The column couplet is usually carved on the columns of architecture. 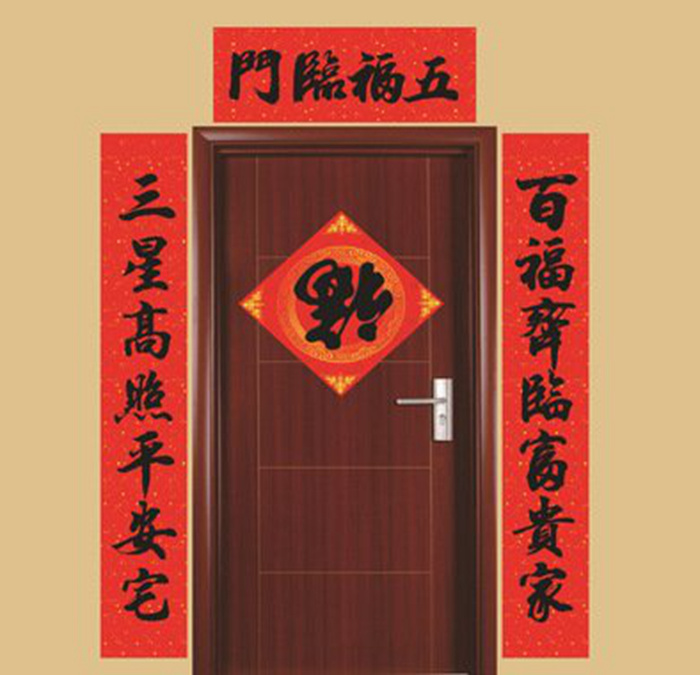 Tsingtao Beer, the Most Famous Beer Brand in China
Tianfu Square in Chengdu, Tianfu square is not only the economic, cultural and commercial center of ...
Gegentala Grassland, A Place to Ride the Horse
Yuexiu Park, the Largest Park in Guangzhou