The reason why Lhasa has the reputation of “holy land” is related to the Jokhang Temp. Jokhang Temple has a history of more than 1300 years, and has the supreme status in Tibetan Buddhism. Dazhao temple is the most splendid building in the Tibetan period, and also the earliest wooden structure in Tibet. 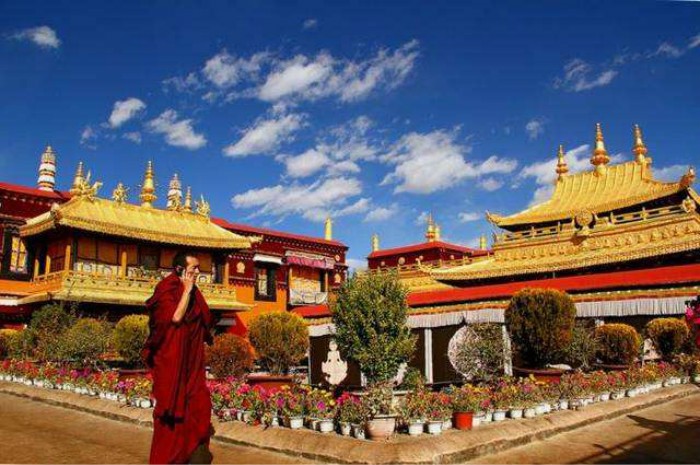 The Tang Dynasty (618 – 907), was characterized by economic prosperity and great progress in politics. During this time, China was considered the cultural and political center of the world. King Songtsem Gampo (617 – 650, the 33rd king of Tibet) was the leader of the Tubo (or Tibetan) Kingdom. He actively promoted Buddhism in that region and under his reign, Tibet achieved great progress in social innovation and realized the integration for the first time. In order to promote friendly relationships with the neighboring countries, he successively married Princess Bhrikuti of Nepal and Princess Wen Cheng of the Tang Dynasty. When the two wives arrived there, each brought a statue of Jowo Sakyamuni. During this time, most people lived in tents and there were few palaces. To house the Buddha brought by Princess Wen Cheng, King Songtsem Gampo constructed the Little Jokhang. Jealous of her, Princess Burikuti asked Gampo to build a Jokhang for her as well. Therefore, in 647 the giant complex was built. 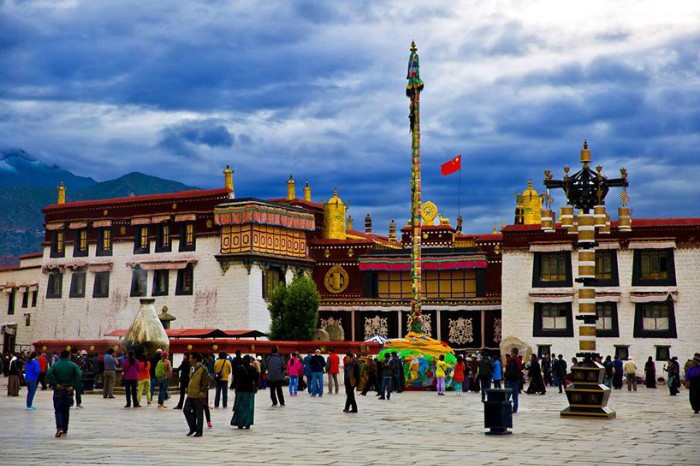 The Jokhang Temple was built on the former site of a lake. According to the legend, the lake site was chosen after many failed attempts to build a temple in the region. Prior to this, every time a monastery was built, it would collapse. Confused by this phenomenon, Princess Bhrikuti turned to Wen Cheng for help. Being a learned woman, Wen Cheng told the Princess that the geography of Tibet was very much like a hag, with the lake at the heart. In order to build the monastery, Wen Cheng advised they must demolish the hag by filling and leveling the lake using 1,000 goats to carry soil from a mountain far away. When the construction work was done, it was called Ra-Sa-Vphrul-Snang (‘ra’ meaning goat and ‘sa’ meaning earth in Tibetan) to commemorate those goats. 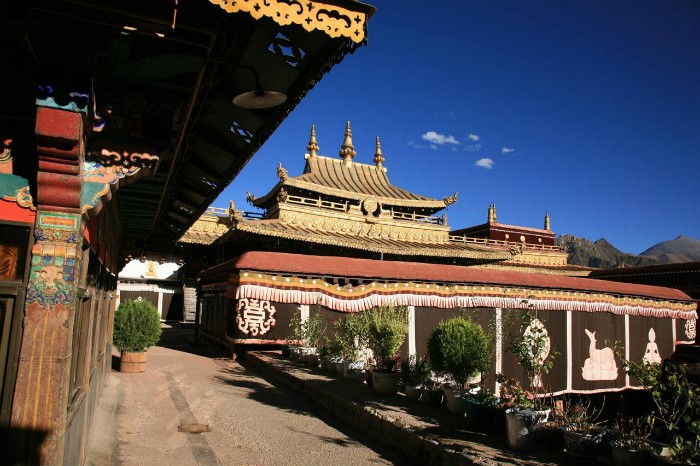 Whether the legend is true or not, the Jokhang Temple brought Buddhism into this land and became an inseparable part of Tibetan history and culture. The city of Ra-Sa grew around the temple and over time, become known as Lhasa, a holy land.

Jokhang Temple integrates the architectural styles of Tibet, Tang Dynasty, Nepal and India, and becomes the eternal model of Tibetan religious architecture. The temple is surrounded by incense all day long. The faithful worship left deep marks on the bluestone floor in front of the gate.