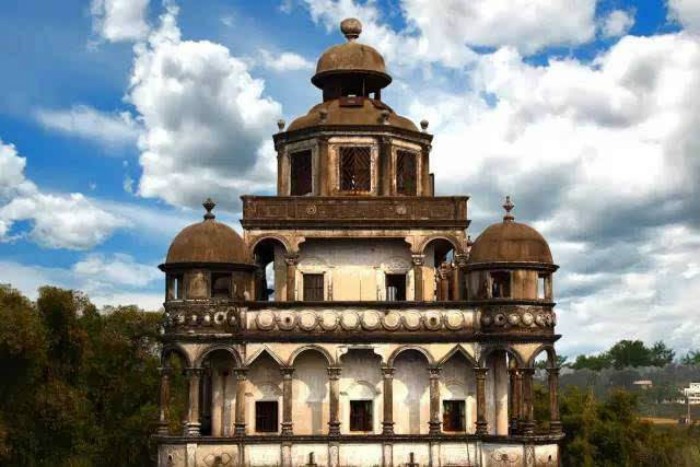 Kaiping Diaolou is the most typical representative of the characteristics of Chinese overseas Chinese culture. Overseas Chinese are the disseminators of culture. The integration and collision of Chinese and foreign cultures are the inevitable outcome of its development. The cultural conflicts it brings are bound to touch all aspects and all classes of Chinese traditional society, which is also the common law of the world’s immigrant culture. This kind of cultural conflict and blend is very externalized in Kaiping. It still keeps its own tradition, and the local buildings with the integration of Chinese and Western architectural culture are few in the countryside, mainly in the counties and towns. 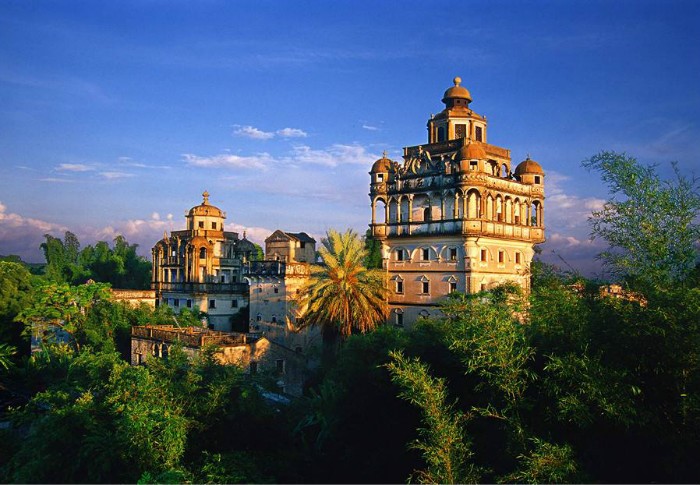 The earliest preserved villages were constructed in the 14th century, and the diaolous were initially built in the 16th century. Originally, it was built to protect the residents against intrusion and forays by local bandits. In the 1920s and 1930s, the Diaolou reached its peak, with over 3,000 diaolous scattered around the whole Kaiping area. About 1,830 well-preserved diaolous remain.

Kaiping has long been a major hometown for immigrants, many of whom brought the ideas and architectural styles of the West to the city. The diaolous primarily use the Romanesque, Islamic, Baroque and Rococo architectural styles and decorative forms. They were mainly made of reinforced concrete, which was rare in Asia in the 1920s and 1930s. On the exterior, the buildings are typically western; but inside everything, from the frescos to the utensils, are of traditional Chinese style.

The local Diaolou is made of stone, compressed earth, bricks or concrete. Despite the distinct differences in building materials, architectural styles and decorative forms, all of the diaolous share some common features. The windows and doors are very narrow and small. Diaolous on the top floor, with embrasures in the four cardinal directions, provide excellent views of the surrounding area.

Kaiping Diaolou and Villages is also an example of the incorporation of the natural and cultural landscape. In spite of importing the western architectural style, the buildings still maintain a harmonious relationship with the surrounding rural landscape. The unique scene is spectacular.

Hongbao, a Way to Send Blessings and Good Luck in China
Tiger Beach Ocean Park, Laohutan in Dalian
Shuanglin Temple and Zhenguo Temple in PingYao Ancient City
Pudacuo National Park in China, It is notable as the first national park in China to meet Internatio...