Mount Jiuhua, the First Mountain in the Southeast

Jiuhua Mountain, one of the four famous Buddhist mountains in China, is located in Qingyang County, Chizhou City, Anhui Province, known as the first mountain in the Southeast. From the foot of Jiuhua Mountain to Tiantai peak, there are many famous temples, many cultural relics and historic sites. There are still 78 ancient temples such as Huacheng temple, Yueshen temple, Huiju temple, Centenary palace, and more than 1500 Buddha statues. There are more than 1300 cultural relics such as imperial edicts, scriptures and other jade seals and artifacts issued by Emperor Wanli of the Ming Dynasty. 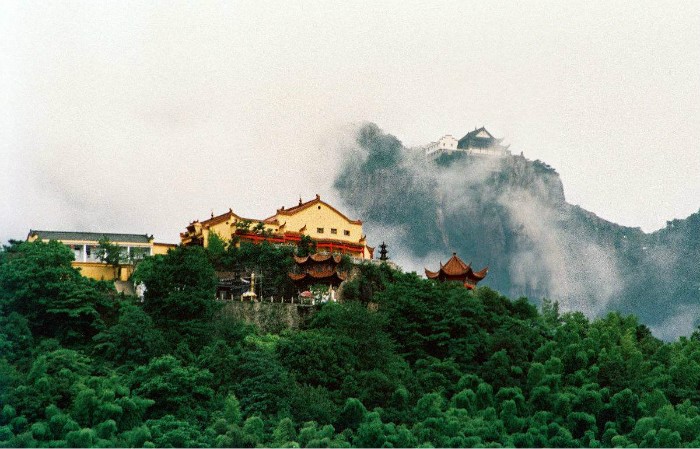 According to historical records, Buddhism was first introduced to Mount Jiuhua in the year 401. In 719, a Korean monk named Jin Qiaojue arrived and practiced Buddhism here for 75 years. Upon his Nirvana in 794, Jin Qiaojue was respected as the Earth Buddha by the locals, hence it has become the place where religious rituals were held to worship the God of Earth. 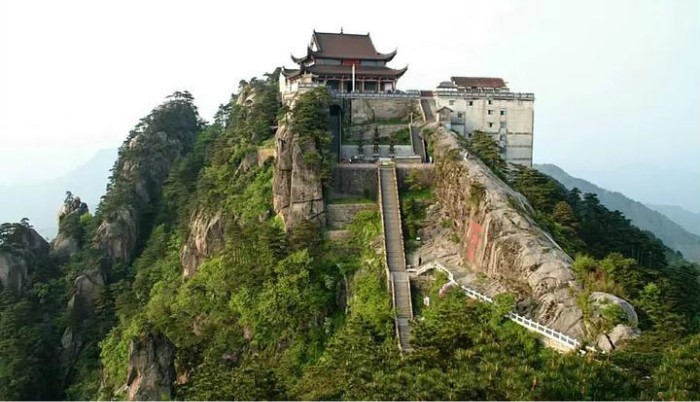 It has always been a place of attraction to the literary world. It is said that Li Bai (701-762), a famous poet of Tang Dynasty, visited Jiuhua Mountain. When he was intoxicated with the scene of lotus like the peak of Jiuhua Mountain, the poem slipped out, “from the blue sky, a jade stream, nine charming lotus flowers rose from the bottom of the mountain.”. Later, Liu Yuxi (772-784), a poet of the Tang Dynasty, Wang Anshi (1021-1086), a writer of the Northern Song Dynasty, and many other scholars, politicians and monks also went to Jiuhua Mountain for tourism, which made them famous. As a Chinese saying goes, “mountains are famous for their holiness, not for their height.”. 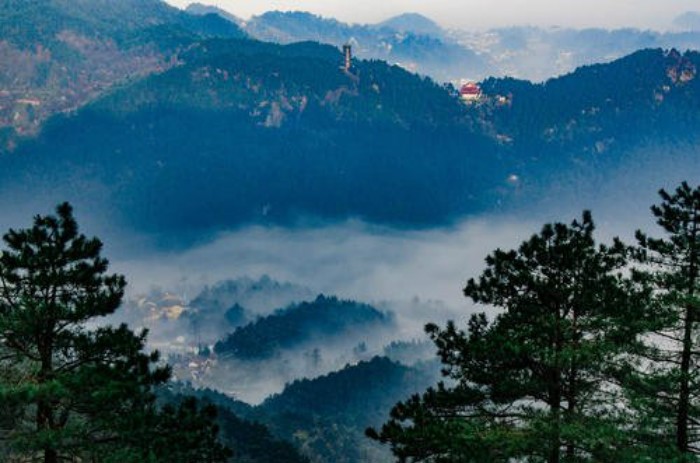 Visitors to Jiuhua Mountain Temple are always impressed by its exquisite architecture and magnificent structure. There are no more than 90 existing temples, most of which were restored in Ming Dynasty (1368-1644) and Qing Dynasty (1644-1911). Among them, the most famous ones are the reincarnation hall, Huacheng temple, Zhiyuan temple, Changshou temple, zhantanlin temple, Ganlu temple and Tiantai town top temple.