Top Five Ancient Capitals of China,ots of large capitals were formed as political center as well as economic and cultural center

China is an ancient civilized country with a long history of five thousand years known around the world.

With the development of society, there are many cities of considerable scale in China’s vast territory, especially the capitals of the past dynasties. These ancient capitals, no matter in building scale, building mode or building style, have their unique features, often show the highest building level of the same era, and have a special impact on the architecture of other cities in the country It can be said that the architectural history of each ancient capital is a relatively complete urban architectural history. With the development of politics, economy or historical reasons, the capital usually moved to a new one, which results of numerous ancient Chinese capitals from different dynasties.

On the vast territory of China, lots of large capitals were formed as political center as well as economic and cultural center. Generally speaking, migration of past capitals is east-west direction first and followed by north-south. Just because of their super status, ancient capitals such as Beijing, Xian, Hangzhou, Luoyang and others presented the highest level in fields of authorities and society during respective dynasties. So to speak, no tours in one Chinese capital in the past, no understanding of Chinese history you will get.

The conditions for the location of capital cities in Chinese history are as follows: there is sufficient water to meet the needs of production and life; The region economy is prosperous, the transportation is convenient, therefore is located in the plain, the basin; With the geographical advantages of defense and attack, the capital built according to these requirements generally has the characteristics of square preciseness, left and right symmetry, checkerboard layout and so on. The emperor lived in the palace, far away from the city, quiet, safe, and enough to reflect the dignity of the emperor and the desire to return to the world. Commercial concentration, facilitating trade; People live in the alley, both quiet, and easy to manage the public security.

Xi’an (once called Chang-an) is one of the major birthplace of Chinese civilization and Chinese nation, as well as a member of the Top Ten Ancient Capitals in the world listed as the World Cultural and Historical City by UNESCO with ancient Rome, Athens, Babylon and etc in 1981.

According to the long history, Xi’an is the longest ancient Chinese capital established with the most dynasties and the easternmost origin of Silk Road in China. Therefore, abundant cultural and historical legacies were produced in this most influential ancient capital. Xi ‘an is one of the important birthplaces of Chinese civilization and Chinese nation, and more than 10 dynasties have established their capitals here in history  Fenghao capital, Qin Epang Palace, Terra-cotta warriors, Weiyang palace of Han dynasty, Changyue palace, Daxing city of Sui dynasty, Daming palace of Tang dynasty, Xingqing palace and so on outline “Chang ‘an complex”.

After King Wu of Western Zhou Dynasty conquered Shang Dynasty, the authority took Xi’an to be the capital city Fenghao; hence Xi’an started the capital status from then on. As time changes, Xi’an was later recognized as important capital repeatedly in Qin, Han, Sui Dynasties and more. The well-known Terrace Warriors & Horse in Xi’an is the exquisite masterpiece by the first emperor of Qin Dynasty. The last Tang Dynasty was the most prosperous age for Xi’an, when the economy and culture were flourishing into the leading position in the world, and Taoism and Buddhist gained unprecedented development at that time. 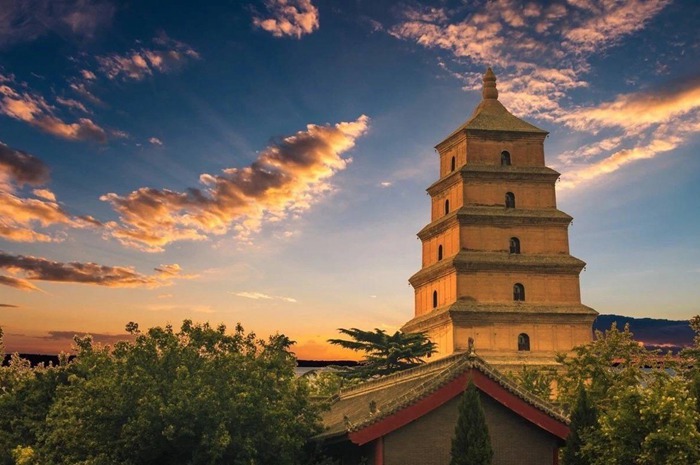 Luoyang city, referred to as “Luo”, is a prefectial-level city in Henan province. The total area of Luoyang city is 15,230 square kilometers, of which the urban area is 803 square kilometers. Spanning the north and south Banks of the middle and lower reaches of the Yellow River, it is adjacent to Zhengzhou city in the east, Sanmenxia city in the west, Jiaozuo city across the Yellow River in the north, and Pingdingshan city and Nanyang city in the south. 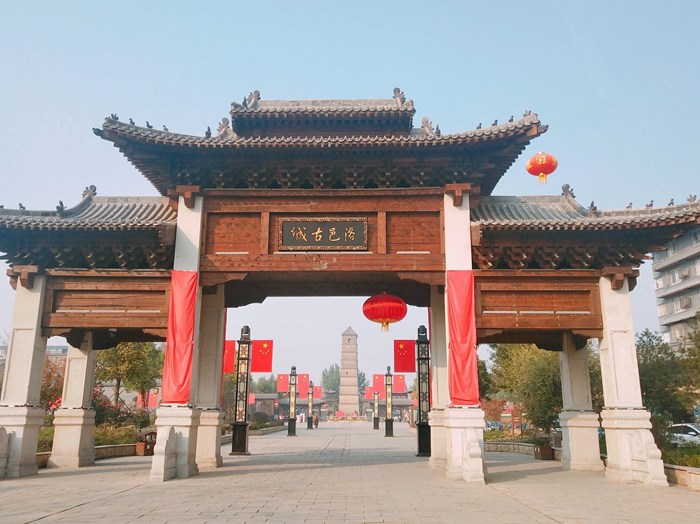 Nanjing is one of the first national historical and cultural cities and an important birthplace of Chinese civilization. It has long been the political, economic and cultural center of southern China. As early as 1 million to 1.2 million years ago, there were ancient human activities in Nanjing, and 350,000 to 600,000 years ago, there were Nanjing apes living in Tangshan. With a civilization history of more than 7,000 years, a city history of nearly 2600 years and a capital history of nearly 500 years, Nanjing is known as “the ancient capital of six dynasties” and “the capital of ten dynasties”.

In the Six Dynaties, ancient Nanjing was one of the largest cities in the world whose population reached to 1 million first. And Nanjing initiated the precedent system of axisymmetric layout, the architecture construction style and plan that had profound effect on the later ages of China and countries in East Asia. Now the Nanjing Library and The Oriental Metropolitan Museum both kept much more relics of ancient Nanjing during the six dynasties. Still Nanjing in Ming Dynasty played essential political and cultural part, therefore there are plenty of historical relics reserved from Ming e.g. Ming Tomb, Tai Ancient City Wall. 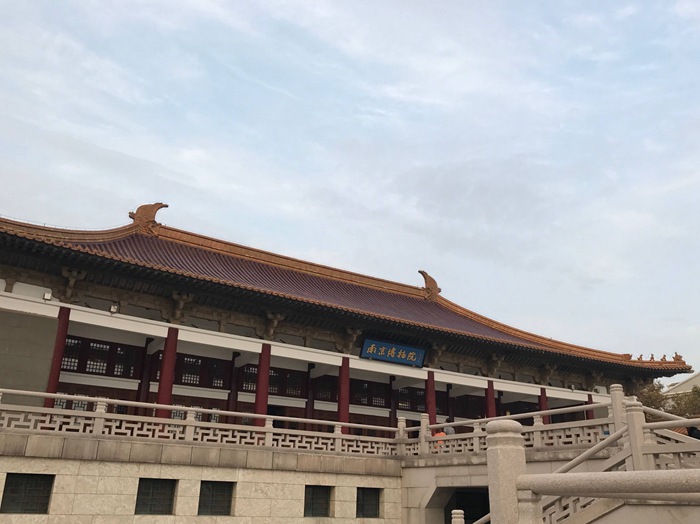 Beijing is an ancient capital with a history of more than three thousand years. It had different titles in different dynasties, and there were more than twenty nicknames.Once was the political, economic and cultural center for many ancient dynasties, therefor Beijing bred numerous historical heritages like the Forbidden City – the most magnificent imperial palace in the world.

Study of history shows the earliest records dates back to the Later Yan Dynasty from 1045 BC when Beijing was titled Ji and Yanjing. Then it served as one of the deputy capitals from A.D 938 of Liao Dynasty and named as Nanjing  during that period. Until Jin Dynasty, Beijing became a nationwide political center – the middle of the five capitals and the official metropolis in the following Yuan, Ming and Qing Dynasty. Modern era of Beijing began in the 1949 when the People’s Republic of China was founded. Looking back, major historical sites in Beijing were mainly generated from the Ming and Qing Dynasties, for example the Tiananmen Square intimately built in Ming and reconstructed in Qing, the majestic Forbidden City – royal palace for the two kingdoms, Summer Palace of Qing, Badaling Great Wall and Ming Tombs of emperor family wereerected in Ming Dynasty. Peking Man Site at Zhoukoudian is another highlight of history of Beijing, where displays the first complete cranium fossil of Sinanthropus pekinensis – earthshaking finding on human development. 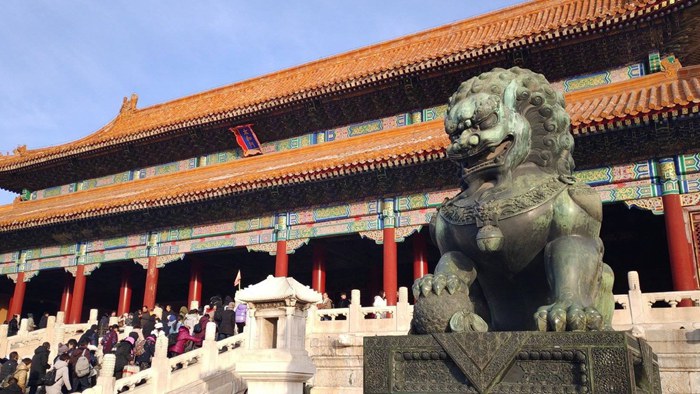 Kaifeng, referred to as “Bian”, is a prefecture-level city under the jurisdiction of Henan province, and one of the central cities in the core area of central plains urban agglomeration, which is a cultural tourism city approved by the state council. Kaifeng is one of the first national historical and cultural cities with a history of more than 4100 years, including the Xia dynasty, the Wei dynasty, the song dynasty, the Jin dynasty and other dynasties. Being the only ancient capital where the center axis of city planning keeps originally all the time, Kaifeng used to be capitals for 8 reigns. Here is the inspiration of Riverside Scene at Qingming Festival (one of China’s top ten painting handed down from ancient times) and a rare city reserved stack of ancient cities overlaid others built in different dynasties. 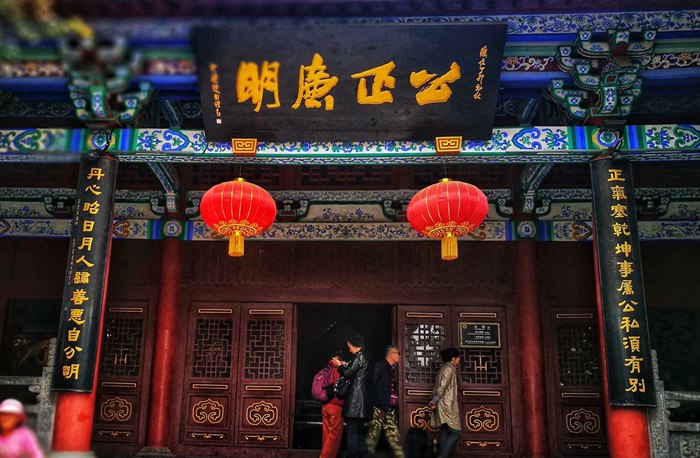