Situated on the northern shore of Lake Taihu (Third largest fresh water lake in China), Wuxi locates on the southern border of Jiangsu Province, about 128 kms northwest of Shanghai. With an area of 4,785 square kilometers, Wuxi borders Suzhou to the east, Zhejiang Province to the south and Changzhou to the west. The total population is about 4.578 million.

Wuxi is a typical water city in the southern area of Yangtze River in China. It is a famous city in China for its picturesque landscape, time-honored history and widely-extended influence in local culture and humanity. In economy, it is the inland Shanghai and one of top-ten economic powerhouses all over the China. In a word, it is the great place to experience local culture, history, custom and tradition of southeast China. Wuxi earned its nickname “Pearl of Lake Tai” because it’s built on the shore of Lake Tai in a scenic setting. Wuxi was also dubbed “little Shanghai” because of its close proximity to the city, rapid urbanization and booming economy. 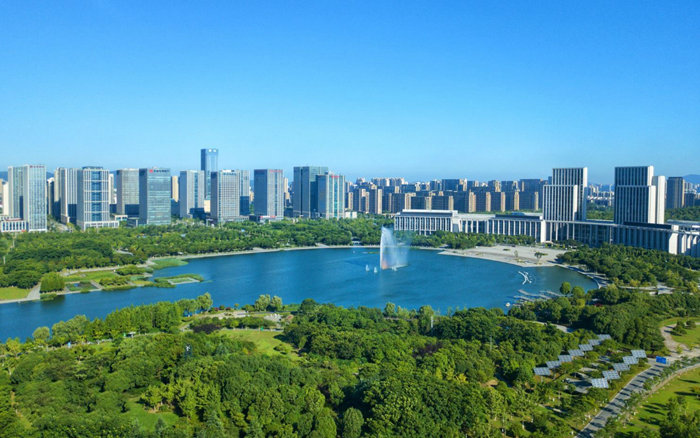 Wuxi is one of the birthplace of Jiangnan culture which can be traced back to 3000 years ago in the late Shang Dynasty (1600~1046 BC). Taibo, the eldest son of emperor Zhoutai in the West Zhou Dynasty resigned sovereign authority to his third brother and came to Meili (today’s Mei Village in Wuxi). He introduced the inland culture to the south and created the Wu culture. This place was first rich in tin during the Zhou and Qin Dynasties. For the overuse of tin at the end of Qin Dynasty, the place got the name “Wuxi”, meaning “a place without tin”. Nowadays, it is a good choice to travel to this fertile land still rich in “fish and rice” and explore its beautiful natural scenery and abundant culture.

The super view of Taihu Lake lies in the Turtle Head Peninsula. Either enjoy a leisure walk along the shore of the lake, or take a traditional boat quietly sailing on the water to embrace the glittering lake under the blue sky. On the northern bank of Taihu Lake is the a holy Buddhist land – Lingshan Grant Buddha which is the biggest bronze Buddha in the world. With a pilgrim soul, you can worship the grand Buddha, watch nine dragons bathing Shakyamuni, enjoy Ode to Auspice in the Brahma Palace and touch the largest Buddha’s hand for good luck and longevity. Though not so famed as Suzhou gardens, the typical gardens in Wuxi are worth your exploration. Wander through plum garden to appreciate flowering plum in the late winter to early spring, boat on the elegant water on the lake of Liyuan Garden to feel the retreating pleasure of Fanli and Xi Shi, appreciate the gorgeous designs of Jichang Garden imitated by Summer Palace and Yuanming Yuan

Located on the south of Yangtze Delta plain, Tai Lake is also on the border of Jiangsu and Zhejiang provinces. It is be renowned at home and abroad for the pretty landscape of lakes and mountains as well as magnificent human landscape. Therefore, a large number of tourists are attracted by its fame like swarm. 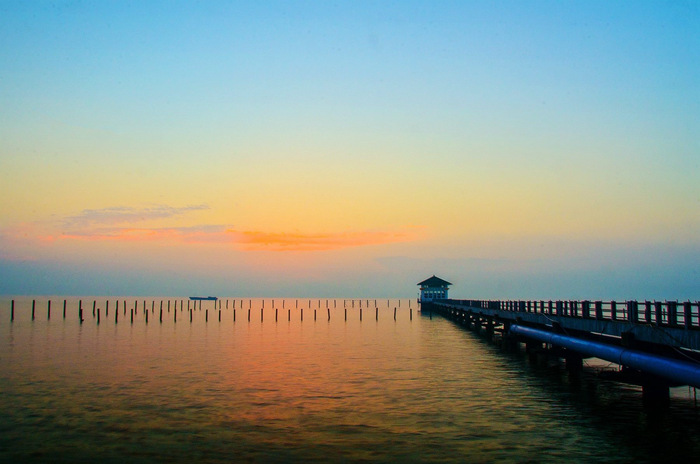 For thousands of years, Tai Lake remains a lot of deserved highlights for traveling.

Lihu Park is situated in Binhu District in Wuxi, covering an area of 300 acres. The park displays both Chinese and Western architecture styles: traditional Chinese bridges and gardens staying in peace with a Ferris Wheel named Star of Taihu.Various scenic spots inside the park are connected by bridges. In the shade of trees situated a garden in garden, Shi Garden. Throughout the park, paintings and calligraphies ingraved on stone tablets can easily be seen.Star of Taihu – this ferris wheel with 115 meters in height was built in 2008. It bears a record as the second largest overwater ferris wheel in the world. Star of Taihu, together with Lihu Bridge, has become the landmark of the new lakeside town. 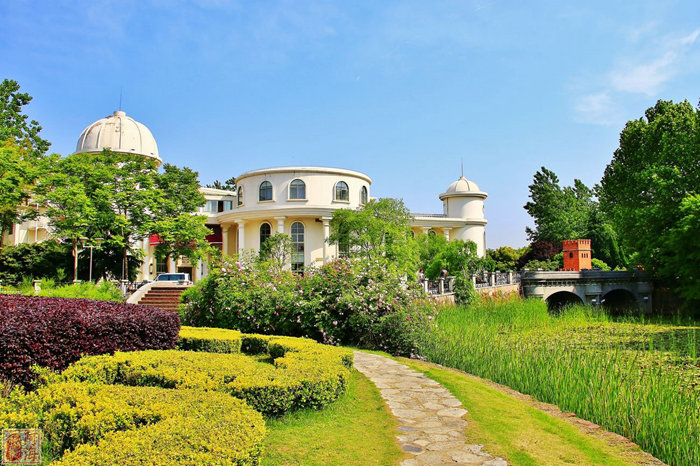 Plum is the city flower of Wuxi. To enjoy the fragrant blooming plum, you should take a visit to Plum Garden which is the well-known place to appreciate plum in Jiangnan Area. This exquisite and well-designed garden has over 5000 plum plants with various types. The best time to enjoy flowering plum is from the end of January to the late March. 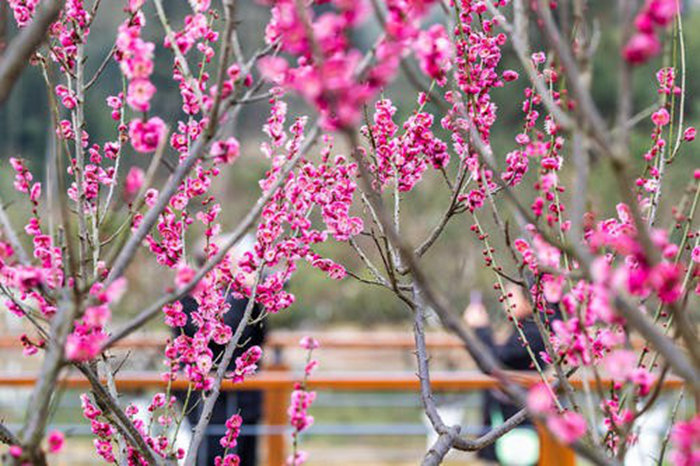 The side of Yangtze River in the north and Tai Lake in the south situates Wuxi in the east China. It belongs to subtropical humid monsoon climate. The basic climatic character is clear difference among four seasons per year, mild climate, flush precipitation, sufficient sunlight and a long frost-free period. The common natural disasters include: typhoon, rainstorm, drought, cold wave and hailstone.

Wuxi is located at the south of Jiangsu Province with fertile soil called The rainy days are mainly in summer.The best time to visit Wuxi are from March to early November, especially during the spring season when cherry are blossom around Taihu Lake showing travelers a sea of flowers. If visit in summer time, you can appreciate lotus blossom in Yuantouzhu, Liyuan Garden and more places.