Gulangyu, a 600-meter-long land river in the southwest of Xiamen, is only five minutes away by ferry. Covering an area of 1.87 km, it has only 16,000 permanent residents. The weather on the island is comfortable and pleasant, there are no cars on the island, the environment is quiet, and Gulangyu island is also known as the sea garden.

Gulangyu has been a western colony for nearly 100 years since the first opium war (1840-1842). Since then, missionaries and businessmen from western countries have built churches, buildings, schools, hospitals and so on. Little has changed on the island since then. Today, there are thousands of well-preserved buildings of various styles (both Chinese and western); Therefore, Gulangyu is also known as the world architecture expo. In addition to architecture, western music was also brought to the island in the 19th century, and the island cultivated many famous Chinese musicians. In 2002, it was named “island of music” by Chinese musicians association.

The historic international settlement of Gulangyu island was declared a world heritage site by UNESCO at the world heritage assembly in Poland on July 8, 2017. It is currently the 52nd world heritage site in China. Compared with other world heritage sites, Gulangyu is young. But over the past 100 years,931 features of various styles of architecture, time, and culture have shaped this unique place, which fully represents the concept of inclusiveness, multiculturalism, Gulangyu characteristics, and harmonious integration of modern human inhabitants and local traditional cultures.

Gulangyu is a very peaceful island where the local people live a relaxed and comfortable life. The slow life of this place is the main reason why Gulangyu attracts so many tourists.

Gulangyu Island is full of attractions, an old mansion, a specific museum, a featured shop or just a quiet street. Strolling around the island to find some special shops, and sip a cup of coffee or milk tea in dessert shop when you are tired – this is the best way to enjoy the island. Besides, there are many interesting attractions, which are definitely the must-goes on the island for tourists. 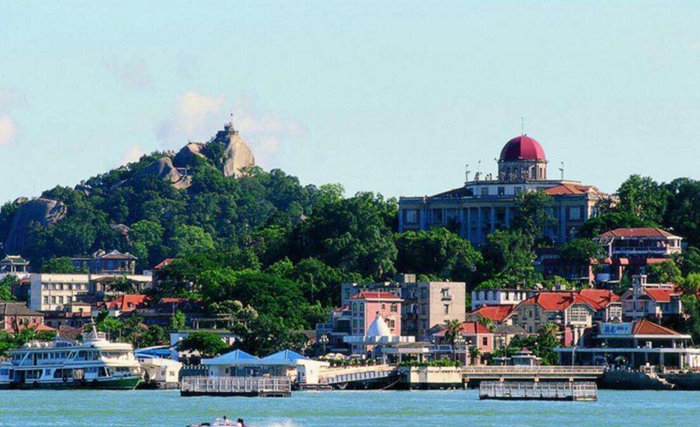 Mount Jiuhua, the First Mountain in the Southeast
This May Be the Original Color of the Terracotta Army
Weaponry of Stone Age, the Earliest Weapons in China
Pan-Fried Bun, a Traditional Popular Snack in Shanghai