Shanghai Museum, One of the Four Greatest Museums in China

Shanghai Museum is a large museum of ancient Chinese art. It is sited on the People’s Square in the Huangpu District of Shanghai, China. The newly built museum is designed into a special appearance of the traditional Chinese “Ding” cooking vessel of 29.5m high, which symbolizes the concept of “a round heaven and a square earth” and gives visitors the strong visual effect of historic feeling. Therefore, this museum of unique style of both tradition and modern has been occupying the fancy of Chinese people and visitors to China to have a good knowledge of the brilliant history and splendid culture of China. 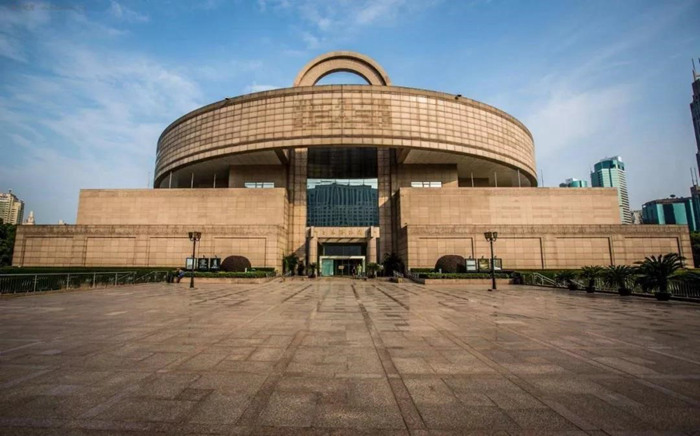 This museum was founded and first open to the public in 1952 and then moved into the former Zhonghui Building in Henan Road in 1959. In 1992, the Shanghai municipal government allocated to the museum a piece of land at the very center of the city, the People Square, as its new site. This magnificent new Shanghai Museum was open in its entirety to public in 1996, with eleven galleries and three exhibition halls in a space of over 10,000 square meters. With bronze ware, ceramics, and painting and calligraphy as its distinctive collections, the museum boasts 120,000 pieces of rare and precious cultural relics in 21 categories.

Collections in the Museum

The museum has a collection of over 120,000 pieces, including bronze,  calligraphy, ceramics, furniture, jades,  paintings, ancient coins, seals, minority art and foreign art, sculptures, etc. The Shanghai Museum houses several items of national importance, including one of three extant specimens of a “transparent” bronze mirror from the Han Dynasty.

The southern entrance of the Shanghai Museum is flanked by eight dignified mighty animals in white-marble sculpture, each with a height of close to three meters and a weight if about 20 tons. These eight sculptures were molded and magnified after the prototypes carefully selected from over 300 stone and bronze sculpture relics of the Han, Sui and Tang Dynasties collected by the interior decorations of the museum.

Visitors can see the ancient currency from the Bronze era to the Modern Time of all types and the special mold cases for making currency.Diverse furniture in Ming and Qing dynasties is placed here, from the well-known Official’s Hat Armchair with Four Protruding Ends with high aesthetic value, to the other over 100 pieces of fancy appearance, from screens, curio boxes, to chairs, tables, etc. Visitors can enjoy the elegant and fine interest in the traditional garden styles.Moreover, Shanghai Museum is rich in the featured relics of minority nationalities in China, such as the various types of costumes of each minority, embroideries, sculptures, masks, etc., which will glad your eyes while you are wandering along this gallery.

This bronze gallery in Shanghai Museum is probably the best one in China to appreciate the historic bronze wares, for there are more than 400 exquisite pieces exhibiting with the dark green color in this gallery, which provides visitors a great environment to enjoy the thick culture of the bronze. 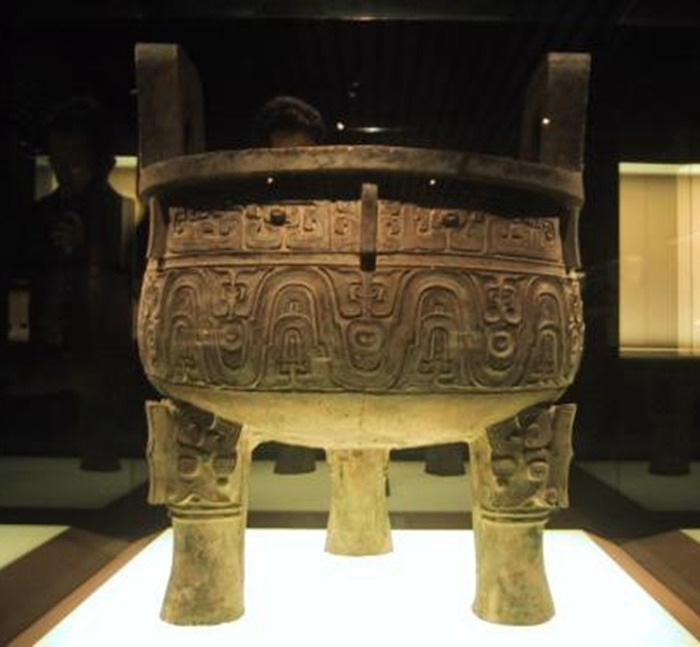 Ancient ceramics in the Museum are rather rich in styles and shapes, which were made from almost every dynasty; those precious pieces contain the rare fine painted and gray pottery of Chu Culture (BC3300-BC2200) from the Neolithic age, primitive celadon from Shang, Zhou dynasties and Warring States (BC475-BC221), mature celadon from the East Han Dynasty (25-220), well known tri-colored glazed pottery from Tang Dynasty (618-907), blue, white and black glazed and painted porcelain from Song (960-1279), Jin (1115-1234) and Liao (947-1125) dynasties, and the brilliant pieces from Jingdezhen of Jiangxi, a center of the industry during Yuan (1271-1368), Ming and Qing dynasties. 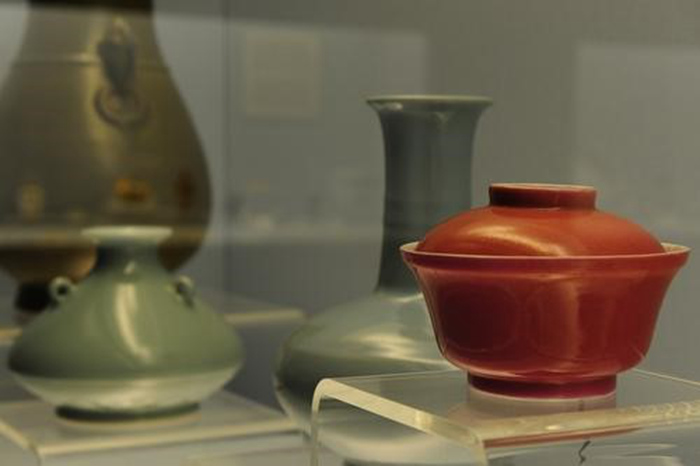 Paintings in Shanghai Museum boast of half of the ancient works in the area of Yangtze River, including masterpieces from different periods and genres, especially from Ming and Qing dynasties. Over 10 thousand works showing in the museum testifies the profound traditions and unique national styles of Chinese calligraphy and painting. 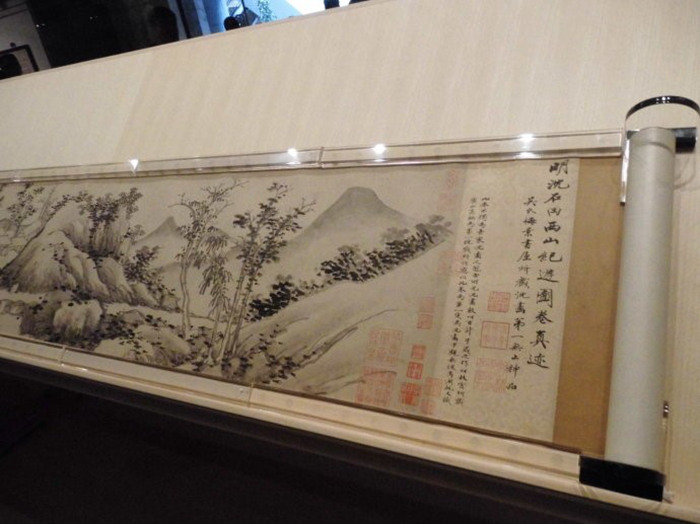 Chinese calligraphy has always been the proud art since ancient times. Shanghai Museum has collected the typical excellent works from the thousands of years ago to the Qing dynasty to allow visitors a chance to appreciate the brilliant writing of all styles. 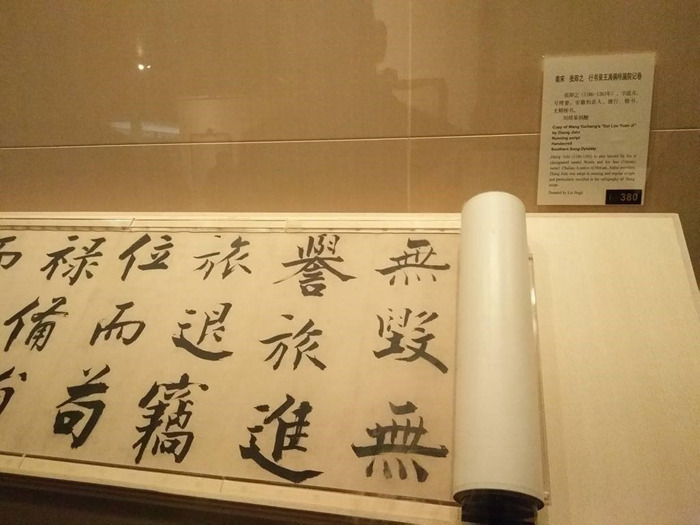 You can take pictures in most galleries, but do not use flashes in order to protect the relics, and look out while photographing.

Security Checking Process is very strict, which takes a little longer timer than that in many other museums, so there is usually a queue to enter the museum, but people move fast. Passport is required for the entry, and needed if you want to deposit stuffs in the cloakroom.

No painting or writing tools is allowed to be brought into the museum except for pencils.