The Mongolian Traditional Art of Singing: Khoomei in China

As you stroll along Inner Mongolia, a loud, penetrating, moving voice is likely to stir up your curiosity and spark your reverie.

Infectious and mysterious, simple and elegant lyrics, melody, rich theme. Khoomei is a living fossil of Mongolian folk music and one of the intangible cultural heritages of UNESCO.

The beauty of Khoomei is that it is made by the same person by tightening the throat and controlling the tongue. Even more incredible, both follow different rhythms. The result is that you can hear two voices of the same person at the same time. One is low and melodious, which forms the background music, and the other is sharp and sharp, which has lyrics and is the highlight. In a sense, it is acrobatics performed through the throat and tongue.

As we know, mongolians hold banquets for three days and three nights. The party would not be complete without hummer. During this time, there are too many songs you won’t hear repeated.

Currently, Khoomeiis popular in Siberia, Mongolia, tuva in Russia, altai in xinjiang, hakas and Inner Mongolia. In ryukyu and ryukyu temples in Tibet, lamas also chant sutras in guttural tones. For a kKhoomeimaster, singing his own folk songs, or han pop songs, or any classic European or American song, is a piece of cake.

“Khoomei” means “eternal song”. It is a gem, inspired by the spectacular grasslands and the unfettered nomadic lifestyle. More than a thousand years ago, the ancestors of the mongols moved westward from the dense forests of the black dragon river to the Mongolian plateau, shifting their way of life from hunting to animal husbandry. In this process, Khoomeicame into being. Over the next few years, it replaced the narrative song of the hunt as the dominant landscape. Khoomeiis the integrator of Mongolian culture, philosophy, customs and religion, which has a profound influence on every aspect of Mongolian people’s life. Today, unlocking this nation’s heritage and heritage is a shortcut. Khoomei is to the mongols what Peking Opera is to the han, jin qu is to the dong, and Tibetan opera is to the tibetans. It has become an integral part of Mongolian life. Khoomei’s enthusiastic performance at weddings, festivals, religious festivals and especially natham is one of the most compelling and anticipated parts. As we know, mongolians hold banquets for three days and three nights. The party would not be complete without hummer. During this time, there are too many songs you won’t hear repeated. 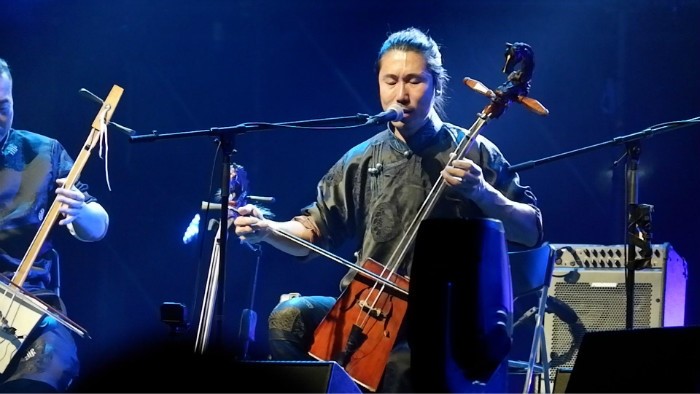