Although acupuncture is often used to treat everything from internal problems to maternal and child diseases, acupuncture and moxibustion are two very different methods. Although each method USES different equipment and materials, the therapeutic and preventive effects are similar. Both promote the circulation of qi, which the Chinese consider an important force in all living things, and promote the passage of blood through the body by stimulating key points and pathways. The results tend to be quick with few or no side effects.

The places where needles are inserted or heated are called acupoints. By focusing on specific points, different effects or reactions can occur in the corresponding parts of the body. The discovery of acupoints and the stimulation of acupoints formed the theory of meridians and collaterals.

Early acupuncturists believed that the manipulation of needles at one point would affect the rest of the body along a prescribed route. Points at different locations produce similar results. Therefore, acupuncturists do a good job of studying the relationships between different acupuncture points and try to develop and prove the meridian theory.

The “trunk” of the vertical distribution was called “meridians” by doctors in ancient times, and the branches of these “meridians” were called “collaterals”. A network can be defined as 12 meridians, 15 meridians and 8 meridians. This network is all over the body, connecting all parts of the body.

Over the long history of acupuncture, the points that form the network have been discovered one by one. Excavated materials and historical records show impressive results as early as the han dynasty (206bc-220ad). The earliest success of acupuncture was recorded by the historian sima qian of the han dynasty in shiji. It is also recorded in the biography of bian que that they used acupuncture to save the patient from coma.

Acupuncture has been popular for thousands of years as a way to prevent and treat disease. They are an important part of traditional Chinese medicine. 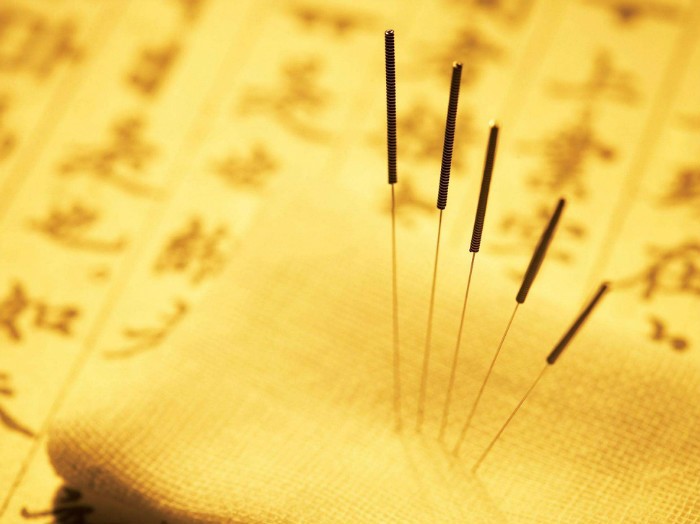 Guilin Rice Noodles, the Most Famous and Popular Local Snack in Guilin
Autumn Memory of Guilin-- Sweet-Scented Osmanthus
Beijing 798 Art Zone, One of the 22 Most Famous Landmarks in the World
Tiger Beach Ocean Park, Laohutan in Dalian