Chinese bridges from ancient times, highly varied in art, material and form, are an important legacy with national characteristics, occupying an important position in the world history of bridge building. China, a country with such a long history, has inherited from her past bridges without number: there are, it is said, four million of them if one counts the stone arch bridges alone. In the southern regions of rivers and lakes, the landscape is dotted with bridges of various sizes and descriptions, which make it all the more picturesque.

The oldest bridge still in existence in China is the Anji Bridge, constructed during the years between 595 and 605. During the infrastructure boom of the past two decades, bridge-building has proceeded at a rapid pace on a vast scale. 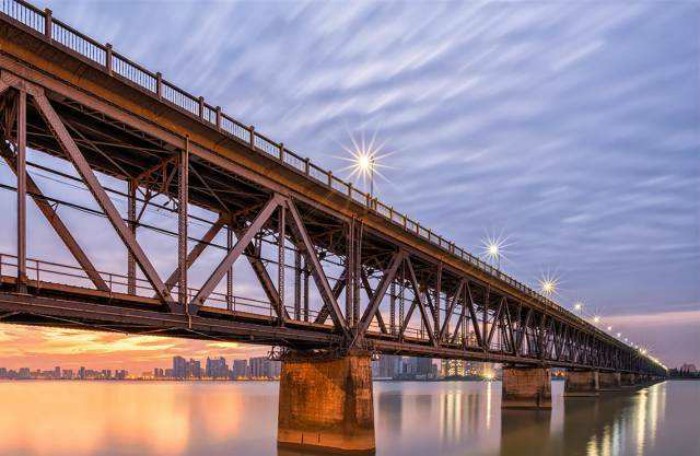 The Qiantang River Bridge is a road and railway bridge across the Qiantang River at Hangzhou in Zhejiang Province, China. The bridge was designed by Mao Yisheng and built by Dorman Long. Construction, which started on 8 August 1934 was completed on 29 September 1937. It is a two-tier truss bridge with 16 spans and is 1,072 metres long. It is China’s first self-designed and self-built bridge. In 2006, the bridge was designated as a “key cultural relic” recognizing the bridge’s historic significance. 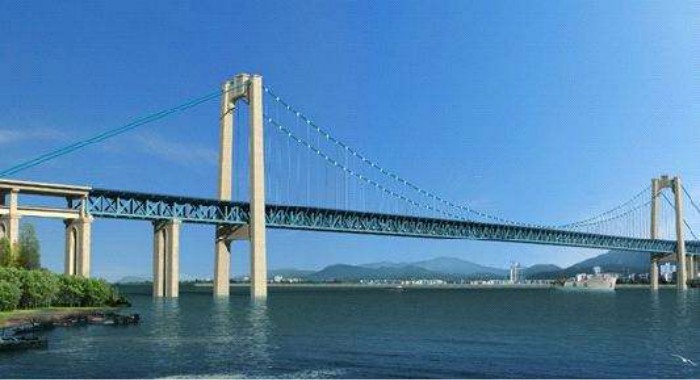 The Wuhan Yangtze Great Bridge is a double-deck road and rail bridge across the Yangtze River in Central China – Wuhan. At its completion in 1957, the bridge was the easternmost crossing of the Yangtze, and was often referred to as the “First Bridge of the Yangtze”. The upper level of the bridge is a two-way, four-lane automobile highway. The lower level is a double-track railway on the Beijing-Guangzhou railway line. 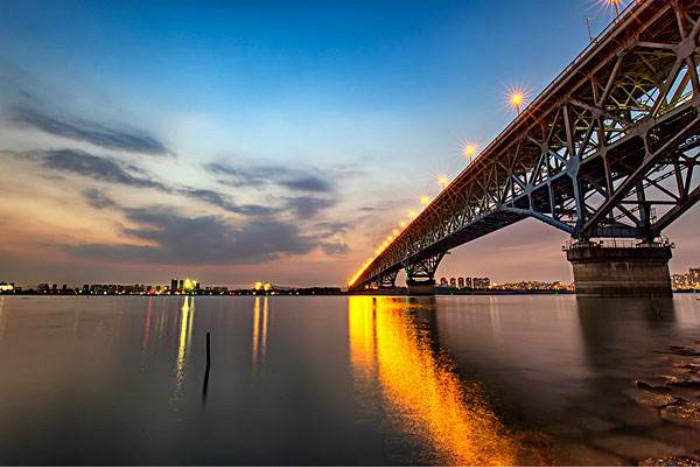 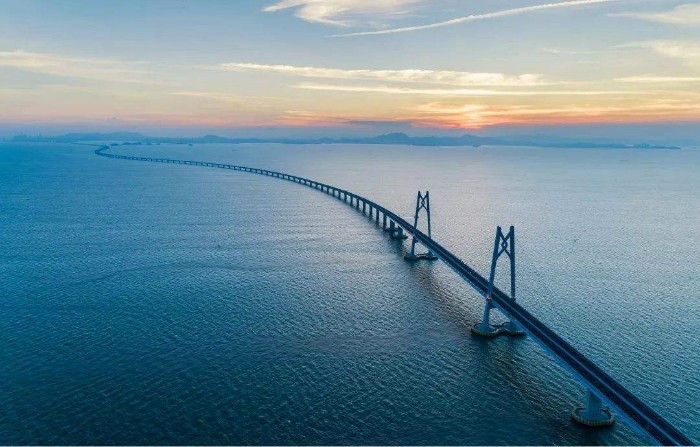 The Hong Kong–Zhuhai–Macau Bridge (HZMB), is a 55-kilometre (34 mi) bridge–tunnel system consisting of a series of three cable-stayed bridges, an undersea tunnel, and four artificial islands. It is both the longest sea crossing and the longest fixed link on earth. It spans the Lingding and Jiuzhou channels, connecting Hong Kong, Macau, and Zhuhai—three major cities on the Pearl River Delta. the construction of the whole project was completed on 6 February 2018 and put into service in October 24, 2018. 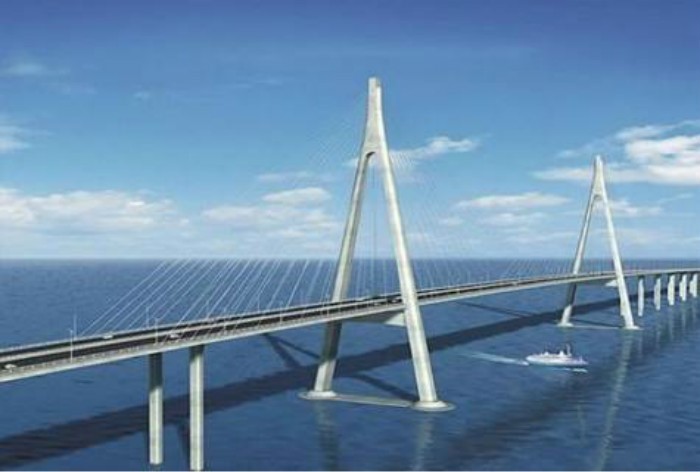 The Sutong Yangtze River Bridge is a cable-stayed bridge that spans the Yangtze River in China between Nantong and Changshu. With a span of 1,088 metres, it was the cable-stayed bridge with the longest main span in the world in 2008-2012. It received the 2010 Outstanding Civil Engineering Achievement award (OCEA) from the American Society of Civil Engineers. Two towers of the bridge are 306 metres high and thus the third tallest in the world.

The Lupu Bridge is a through arch bridge over the Huangpu River in Shanghai, China, connecting the city’s Huangpu and Pudong districts. It is the world’s second longest steel arch bridge, after the Chaotianmen Bridge in Chongqing. The bridge has a total length including approach spans of 3,900 m and opened on June 28, 2003. The main bridge structure is 750m long including the two side spans of 100m each. The Lupu Bridge was one of the architectural centerpieces of Expo 2010 in Shanghai, as it formed part of the western boundary of the Expo site. 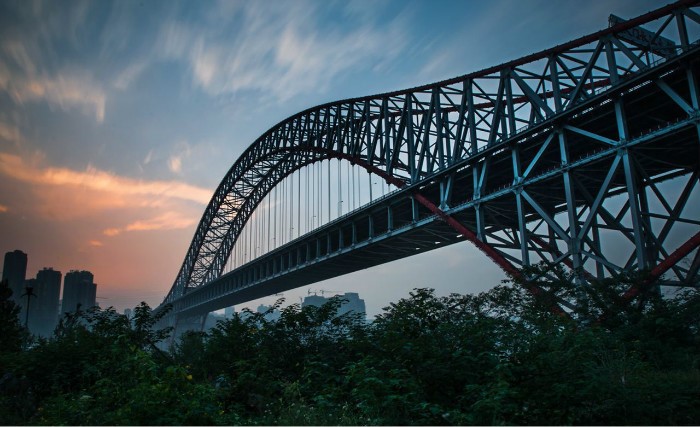 The Chaotianmen Bridge, is a road-rail bridge over the Yangtze River in the city of Chongqing, China. The bridge, which opened on 29 April 2009, is the world’s longest through arch bridge. The continuous steel truss arch bridge with tie girders has a height of 142 m from middle supports to arch top, main span of 552 m and a total length of 1,741 m. It carries 6 lanes in two ways and a pedestrian lane on each side on the upper deck. The lower deck has 2 traffic lanes on each side with a reservation in the middle for the Chongqing Metro Loop Line. 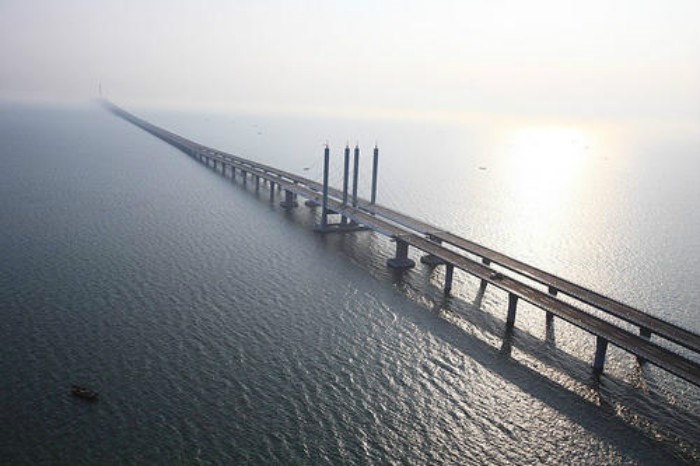 Hangzhou Bay Bridge is a highway bridge with a cable-stayed portion across Hangzhou Bay in the eastern coastal region of China. It connects the municipalities of Jiaxing and Ningbo in Zhejiang province. Construction of the bridge was completed on June 14, 2007 and it was opened to public May 1, 2008. At 35.673 km in length, Hangzhou Bay Bridge was among the ten longest trans-oceanic bridges.

Zhangbi Ancient Fortress, the Miniature Castle in Shanxi
Tianzifang, a Vanguard of Creative Expressions
Thousand Islets Lake, with 1,078 Islets
Tips on Hot Spring, What Should You Pay Attention to