Chinese Knot, Which Has a Long History and a Symbolic Meaning

Is knotting an art? It’s in China. There is a long history of decorating clothes with knots or hanging them from ceilings or walls. Skilled knot artists weave complex knots that you may see for sale as souvenirs that you can take back. They have a long history and symbolic meaning, even today. 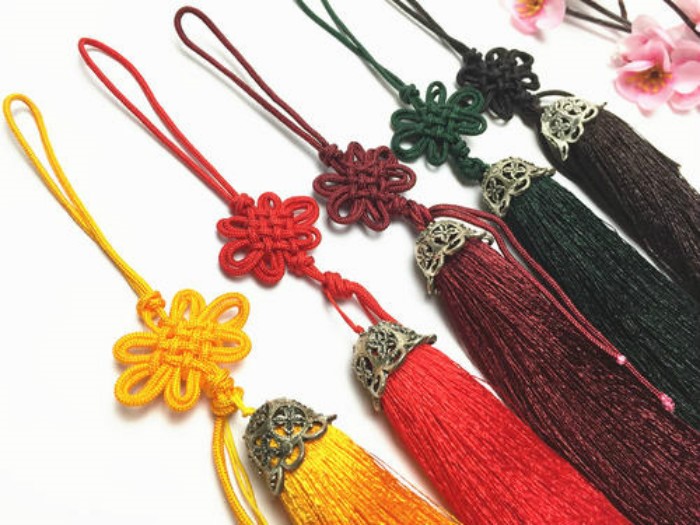 A Chinese knot is a knot made of a piece of rope or string tied into various shapes and complexities. Each shape has its own symbolic meaning, and now you can use them as decorations, gifts for special occasions, and ornaments on clothes.

Most knots are bilaterally symmetrical, with two ropes entering from the top of the knot and two leaving from the bottom. Each knot is named after its shape or the symbolic meaning it carries.

Knot weavers can use a variety of colors, but they usually weave dark red as shown above. Red represents good luck.

Before people start writing, they may be asked to record and convey information. Tools dating back 100,000 years have been found that may have been used for knotting and unknotting, and knots have also been mentioned in ancient texts. But it is not known when they began to be used symbolically or artistically.

It is known that during the tang dynasty (618-907), it was used for art decoration and to symbolize and express thoughts and feelings. The tang dynasty covered a vast area of modern China, and its traditional art forms were passed down from generation to generation as part of culture.

Even today, Chinese knots are rich in symbolism, so they have sentimental value when given as gifts or passed on to family members.

For example, in ancient times and even now, lovers may give a knot as a symbol of their love. “True love knot” and “double knot” are given or used at weddings to express mutual love and loyalty to each other. Knot means love and marriage in Chinese culture.