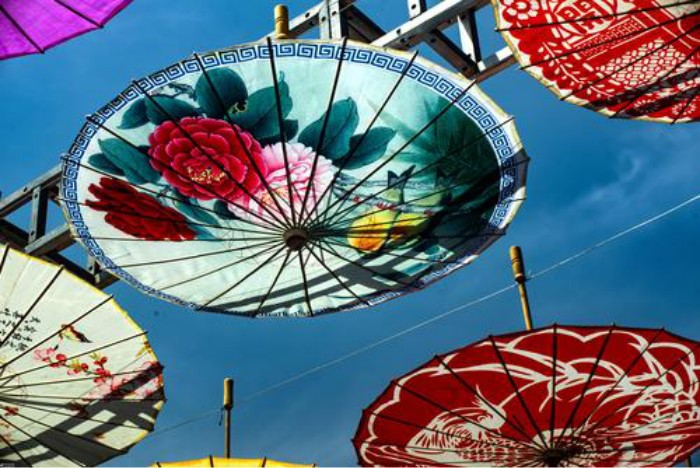 A typical Chinese umbrella is made of two materials: silk or paper. Silk umbrellas are the most expensive and considered to be the most delicate, but also the most difficult to fashion and maintain. Paper umbrellas are easier to make, can be treated with oil to make them impermeable, or waterproof, and they are perfect for art deco. Most paper umbrellas produced today are made from sticky tung oil (also known as Chinese wood oil, derived from the euphorbiaceae tung tree found throughout central Asia). The main producing areas of China’s impermeable paper umbrellas are fujian and hunan.