At present, 111 confirmed cases and 2 discharged cases have been reported. There are 6 severe cases, 2 critical cases, no death cases, no medical staff infection cases.

In total, 16 cases were confirmed in Nanning, 12 in Liuzhou, 23 in Guilin, 5 in Wuzhou, 23 in Beihai, 8 in Fangchenggang, 2 in Qinzhou, 4 in Guigang ,7 in Yulin, 2 in Baise, 6 in Hechi and 3 in Hezhou. Wuzhou and Fangchenggang each recovered a patient discharged from hospital

At present, 4223 close contacts have been traced and 3119 cases are still under medical observation. 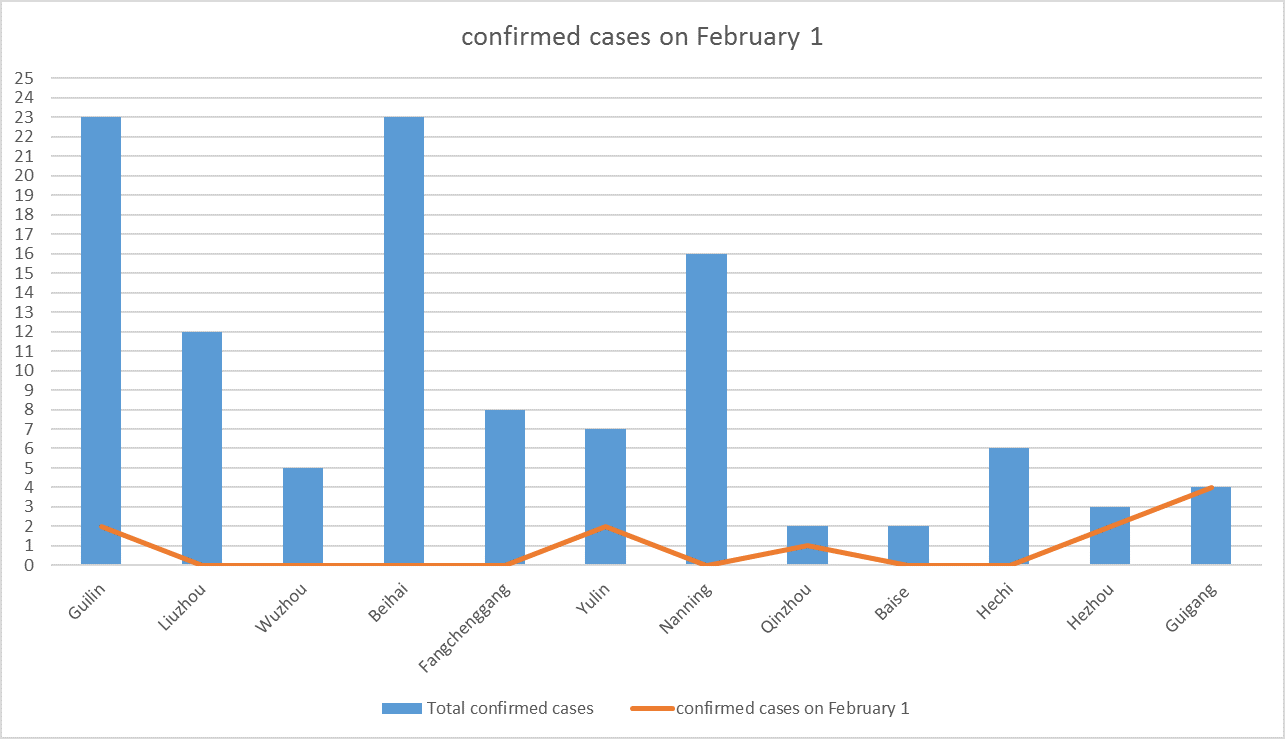 The Mongolian Traditional Art of Singing: Khoomei in China
Bifengxia Panda Base in China
Temple of Heaven in China
Chinese Lanterns, to Celebrate Their Peaceful Life