Xishuangbanna is a beautiful place in the southern part of Yunnan Province. The prefecture is nicknamed “Aerial Garden” for its wonderful landscapes. Tropical rain forests in Xishuangbanna provides a habitat for nearly 1000 species of animals. The region has 5000 kinds of plants or about one-sixth of the total in China.

As the only tropical rain forest nature reserve in China, the area has surprising biological diversity in the virgin forest, particularly because it is so far away from central China and considered isolated. In religion, it is greatly influenced by Hinayana Buddhism of Southeast Asia. The enticing white masonry structure, Manfeilong Buddhist Pagoda, is the quintessence of Hinayana Buddhist architecture. The main pagoda is comprised of eight small pagodas, like a cluster of bamboo shoots. 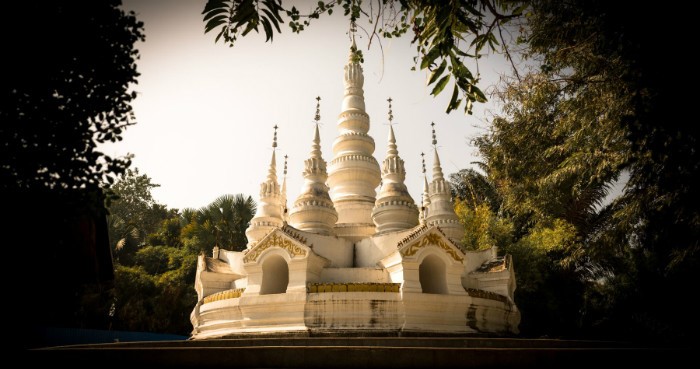 For its well-developed agriculture, Xishuangbanna has many special foods, which is not only delicious but also full of ethnic characteristics. Citizens in Xishuangbanna mainly use rice to cook food, such as rice cakes, rice noddles and rice wine. The bamboo rice is a typical dish in the place. It uses incense bamboo to make the rice more soft and fragrant. Steamed purple rice with pineapple is a staple food for Dai people, which is also tasteful. 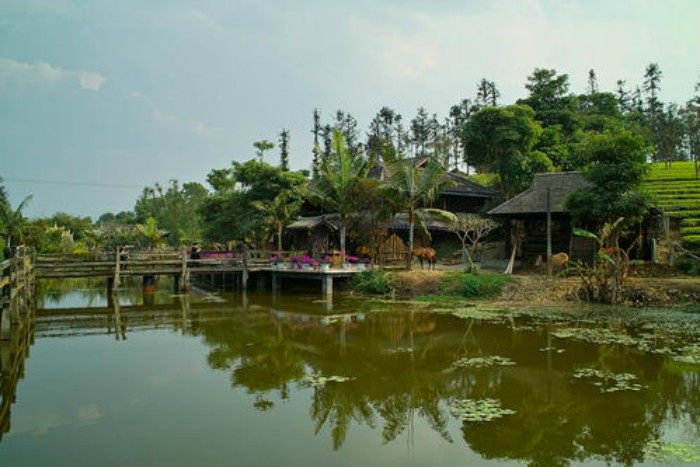 When people think of the Dai people, they usually think of water. The water-splashing festival is an unforgettable experience for many tourists. The water-splashing festival lasts from three to five days in mid-April. During the festival, every door is decorated with colorful paper-cuts. All the villagers were dressed in their best. The dai people water others all day long. They sprinkle people lightly to show their sincere wishes for good luck, and then soak the skin of others to ensure that the days ahead will be filled with as much prosperity and happiness as possible. Nowadays, splashing water has become a symbol of good luck.