Shangri-la, the Sun and the Moon in My Heart

Actually, before I went to Shangri-la, I didn’t know much about Balagzong until I got on the bus. 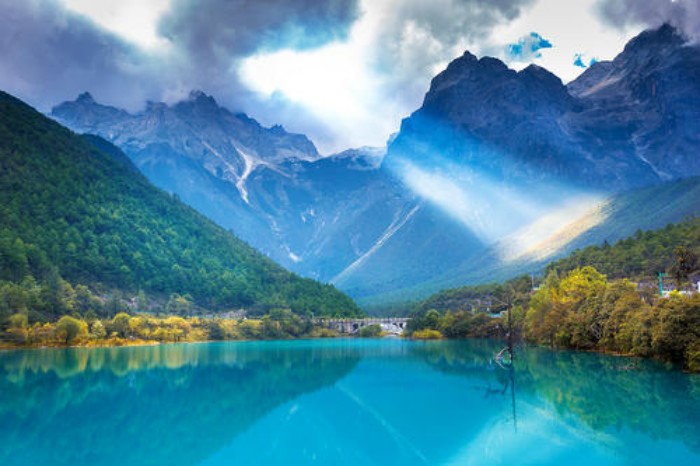 Our car along the winding winding steep mountain road, every look out of the window is a panic uneasy, the kind of knowing but worrying not to the mood, complex and subtle. TV broadcast a story about the Tibetan road, the mountain came out of the man Kangba, the persistent and simple people, the strength of his hometown to build roads touching deeds, he is Shnadingzhu.

How else would you know that five days of hiking had been reduced to two hours of driving, and more than a decade of effort had opened the gates of balagzon.

I heard that his hometown is a very holy place, is another hidden paradise on earth, I began to look forward to the secret place in the depths of the mountain.

Entering such a buddhist holy land, I have never been in the habit of taking photos, so it is good to see and feel with heart. So put your camera away. There are certain rituals and customs that need to be respected. 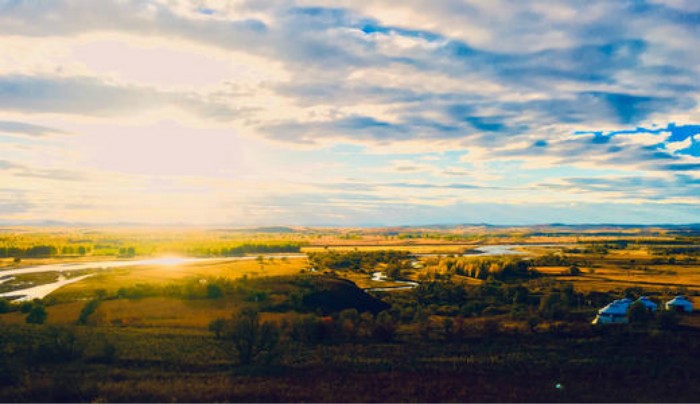 The expo center is divided into two levels, with the first floor dedicated to the Buddha and the second floor to the 21-tara temple, which is circled clockwise with prayer canons for blessing. According to legend, tara is the mother of all things and the goddess who saves suffering beings. She is in charge of 21 karmic obstacles in the world. Tibetans believe that as long as tara is reverently expected, everything will be done.

In addition, it also contains thousands of ancient scriptures. Faith, let a person inexplicable awe of the heart.

Time gives a sense of mystery to the old legend, and the freshness after the rain also adds some silence and peace to the village. 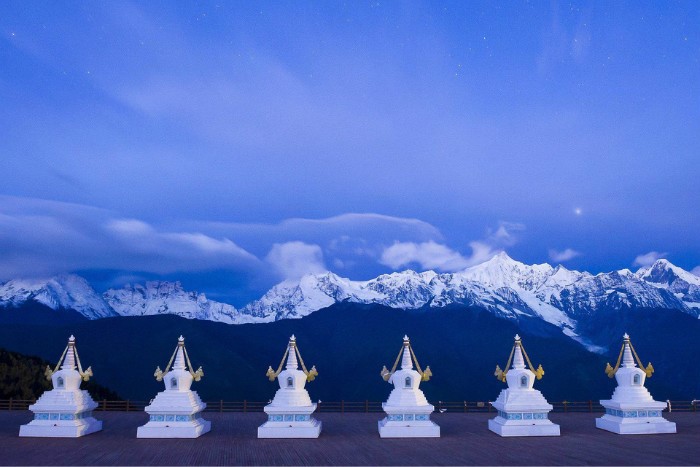 Without deliberately slowing down the pace, time seems to come to an abrupt end, everything is the original beauty, everything becomes pure, only poetic in the air. And I, it seems, also hidden.

Return to dukezong after many years, it seems that is not the memory of the ancient rhyme town. The newly paved stone roads, newly built houses and shops along the streets are still lined, but there is less of a noisy atmosphere. Passers-by passing by in twos and twos, you can’t even tell whether they are tourists or locals. Heart filled with emotion, feeling helpless, but also do not know how to speak. The fire had inflicted untold pain on it, but the twists and turns of history were still palpable. Kameyama park is the commanding high point of the ancient city, overlooking the whole dukezong.

Perhaps some people will think, once the ancient city disappeared, is no longer that has the moon city of the ring years, leaving more only regret and lament. But I believe that an experienced vicissitudes of life, saw the ebb and flow of the millennium city, in the time of grinding, naturally endure the lonely cold. This is the first nature reserve named after a wetland in yunnan, located in the middle of lashimba in the west of lijiang. Every winter, there are thousands of migratory birds migrating here, here has the most abundant migratory bird resources.