Shantang Street, an ancient riverside pedestrian road in northwest Suzhou, Jiangsu, is very popular with tourists. From Changmen Gate (the west gate of the ancient city) in the downtown, it winds northwest on the northern bank of the Shantang River, and ends at scenic Tiger Hill. It extends about 2.2 miles (seven li), hence the name ‘Seven-Li Shantang’. 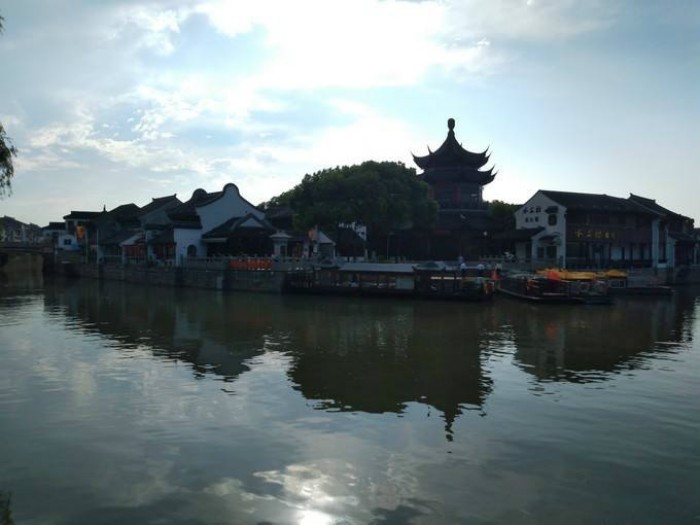 Shantang Street can be sectioned into two by Bantang Bridge. The east part, from Duseng Bridge in Changmen, is built up with houses and shops; while the west part, from the Tiger Hill, is natural landscape. The entire block features typical characteristics of south China in the lower reaches of the Yangtze River. The clear river meanders along under small arched bridges interspersed with wooden boats adrift, passing numerous old residences and shops on the bustling street. All the above is a picturesque rendering of a beautiful ancient water town in south China. It is ideally a place to stroll, try all kinds of local snacks and pick up souvenirs. You should go boating to take in the street scene from a different angle. When night falls and the red lanterns glimmer below the eaves, it becomes hard to resist. 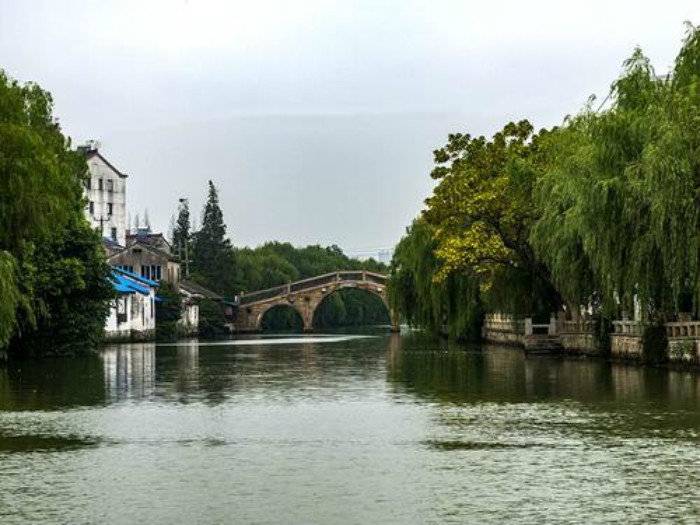 The old street sector is about 360 meters long. Although it fills only one tenth of the length, it has the essence of the Shantang block and is called the ‘miniature of the old Suzhou’ and the ‘window of Jiangsu culture’. It was a commodities hub, where merchants conducted business and community staged folk activities. It was one of the most eventful streets in Ming and Qing Dynasties. Qing Emperor Qianlong liked the Shantang Street very much. When he toured Suzhou in 1762, he left words to praise the wonderful scene. 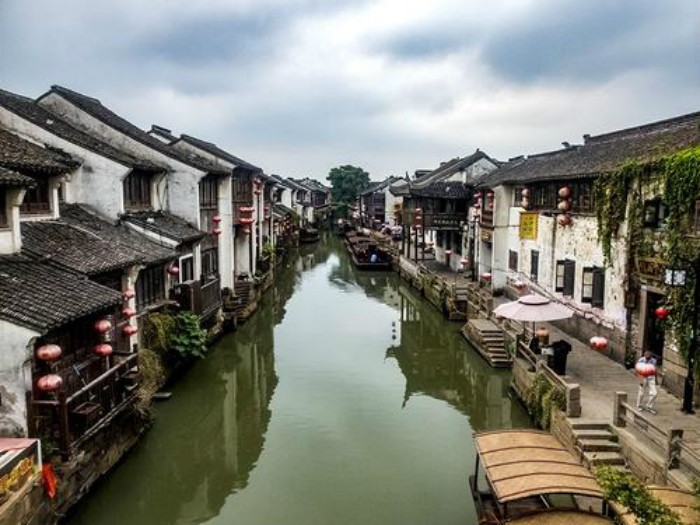 Nowadays the street reflects prosperity of both the present and the bygone era, with numerous shops and commercial guild halls. Tourists can try various snack shops with time-honored brands, including Caizhizhai, Wufangzhai and Qianshengyuan. There are also many specialty shops selling featured souvenirs like wood engravings, stones carvings and embroideries. There are eight side bridges on the riverbanks and seven bridges spanning across the river, and the most famous one is Tonggui Bridge, a single arch stone bridge. It is 21 yards long and 2.5 yards wide. Looking like a half moon, the arch of bridge and its shadow in the water form a perfect circle. The bridge is not unique, but it is the most photographed. It is worth a boating trip to experience the life of ancient residents there.