Lion Grove Garden, the Representative Garden of the Yuan Dynasty

Lion Grove Garden was built in 1342 during the Yuan Dynasty. Afterwards, it has changed hands and been renamed a number of times. Since Monk Tianru had once researched the Buddhism sutras at Lion Cliff on West Tianmu Mountain in Zhejiang Province with the guidance of Monk Zhongfeng, also there were many grotesque rocks in the garden resembling lions, the garden was first given the name Lion Grove. At that time, the garden was a popular center to host activities for literati and Buddhists. Many paintings and poems were inspired by it. Later, its name was changed to Bodhi Orthodox Temple and Sheng’en Temple successively. 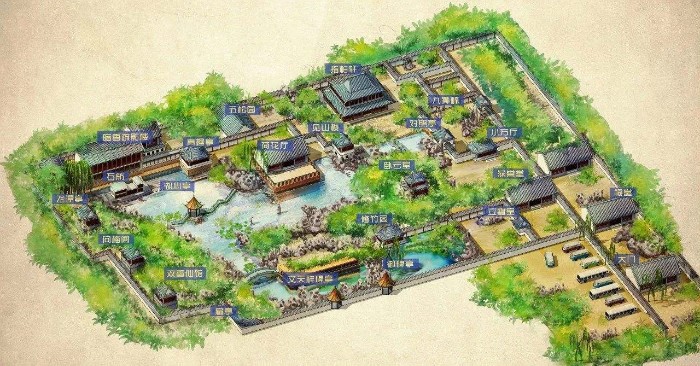 Covering an area of about 2.7 acres, Lion Grove Garden is an ideal sightseeing site as it has richly ornamental pavilions and towers in different styles; each has its own history and story. True Delight Pavilion (Zhenquting) is said to be the most magnificent in the garden due to its royal style. Emperor Qianlong of the Qing Dynasty, who visited it six times, in 1765, inscribed its plaque. 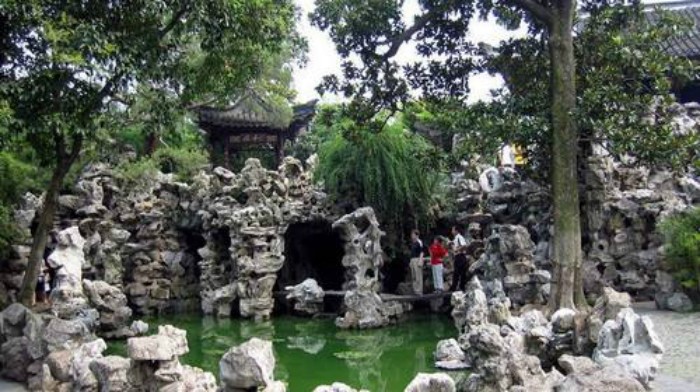 The name of Standing-in-Snow Hall (Lixuetang) came from a Buddhist story about a pure-hearted Zen adherent standing in snow for a whole night to worship his master. Pavilion for Greeting the Plum Blossoms (Wenmeige) was a place where painters and poets indited. In addition to the plum trees around the pavilion, all the furnitures and utensils inside are decorated or carved with beautiful plum blossom designs. Furthermore, many rare tablets and steles, paintings and calligraphies are kept in Lion Grove Garden, including precious artwork ‘Panoramic View of Lion Grove Garden’ by Ni Yunlin, also called Ni Zan, and the ‘Twelve Scenic Spots in Lion Grove Garden’ by Xu Ben, both were famous painters from the Ming Dynasty. 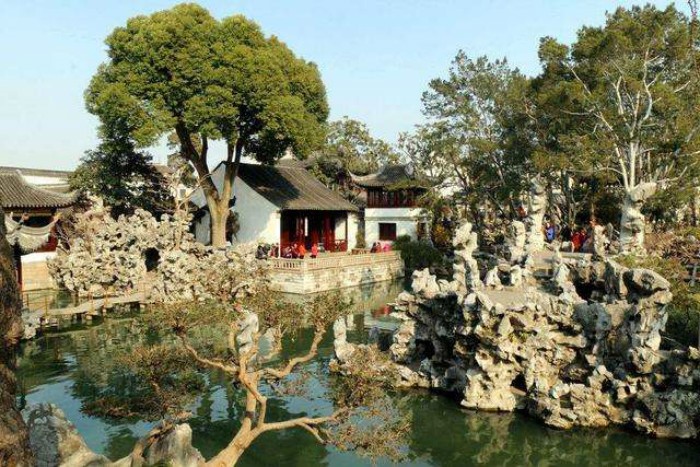 However, as the representative garden of the Yuan Dynasty, the most noted and attractive scenery of the garden is the labyrinthine rockery, which was mostly made of the limestone from Taihu Lake in Wuxi City. Reputed as the ‘Kingdom of Rockery’, the rocks were piled up skillfully and ingeniously, and most of them look like lions in different postures and verves: playing, roaring, fighting, sleeping, or even dancing. It is said that looking north from Small Square Hall (Xiaofangting), one can see nine stone lions standing in a row and that is the Nine-Lion Peak. Due to the changes and ravages of the time and climate, the peak now only bears little resemblance to the lions. There are altogether 9 paths and 21 caverns cross among the steep peaks, sharp crags and narrow valleys made up by countless grotesque rocks. Walking through those numerous winding pathways and caverns of the anfractuous stone forest, one could easily lose one’s way. With the age-old pines and cypress trees, the whole landscapes represent scenes of real mountains and forests. 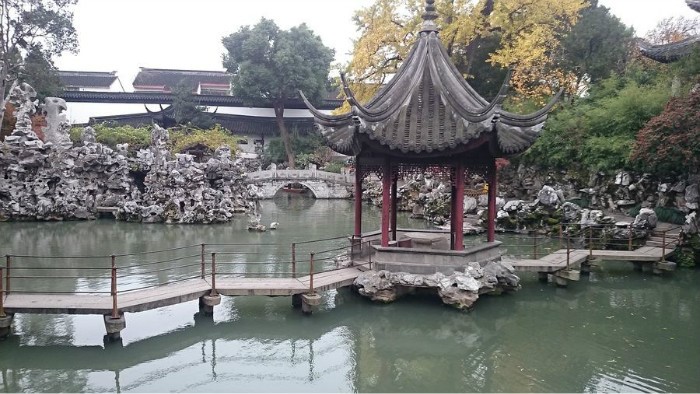 The whole structure of Lion Grove Garden shows a flavor of Zen Buddhism and is an apotheosis of the gardens’ constructions. A part of the Imperial Summer Resort of the Qing Dynasty in Chengde of Hebei Province was a mimic of this garden. The garden occupies a very important place in history, representing the diversity of cultural and architectural development in Suzhou over the years.