The Master of Nets Garden, the Hall of Ten Thousand Books

This exquisite Master of Nets Garden was first designed during the Southern Song Dynasty (1127-1279) as a residence for a government official. At that time, the garden was named “the Hall of Ten Thousand Books” because the owner housed numerous books in three studies within the garden. Later on, it went through vicissitudes in different dynasties until an official named Song Zongyuan bought and restored the garden around 1765 in the Qing Dynasty (1644 – 1911). It is said that in a moment of frustration with bureaucracy he declared that he would rather be a fisherman than a bureaucrat. Therefore, he changed the name of this garden to “Wangshi Yuan”, meaning a fisher’s garden in English, to express his will. 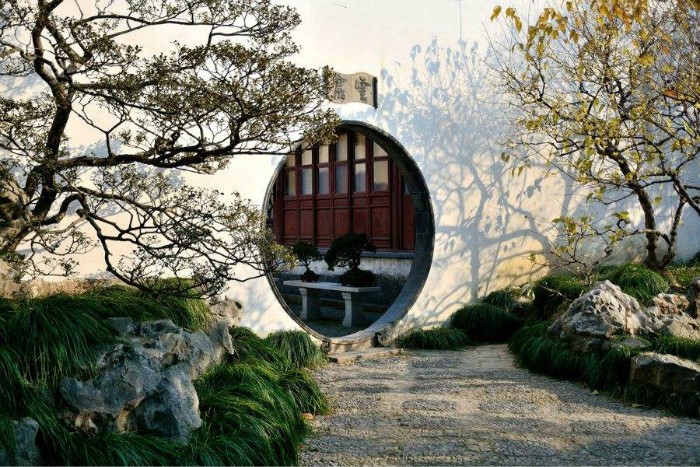 The Master of Nets Garden is divided into three sections: a residential section, the central main garden and an inner garden. The main garden has a large pond that is surrounded by pathways and a variety of buildings such as the Ribbon Washing Pavillion (Zhuoying Shuige) and the Pavillion for the Advent of the Moon and Wind (Yuedao Fenglai Ting). There are many more buildings that are situated so that there is never a sense of crowding, but always of spaciousness. As is common in Suzhou gardens, the pond has a small pavilion in it. Here the pavilion is accessible by a bridge that is less than one foot wide. 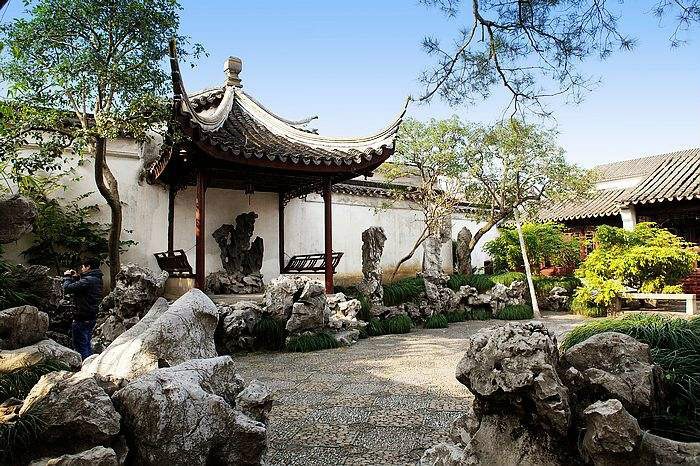 As you walk about the gardens and along the walkways, you can often see beautiful flowers or plants through delicate windows which frames the scenery from a distance and draw you to a single sight, a moment of peaceful natural beauty. As you walk through the buildings, it is easy to imagine the life that the original residents lived in a feudal society where these gardens were solely for their pleasure and the pleasure of their guests.  The various buildings are constructed so that you can always access the main garden from any room. 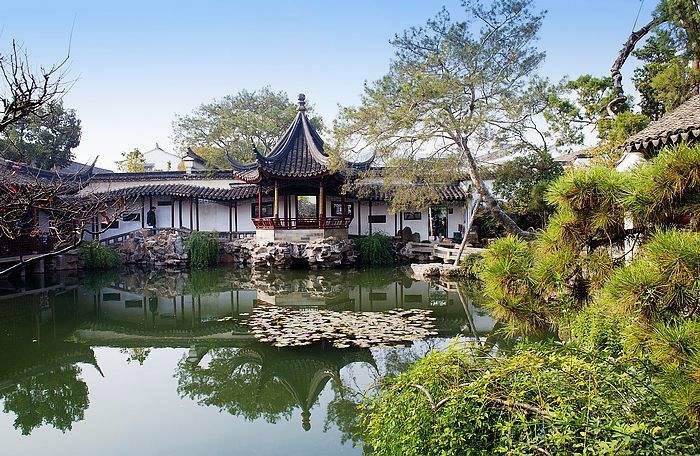 The inner garden Dian Chun Yi which is only about 660 square feet, has the distinction of being used as the model for the Ming Hall Garden at the Metropolitan Museum of Art in New York City and also completely miniaturized for an exhibit in the Pompidou Center in Paris in 1982. This garden is reputed to be the most well-preserved one in Suzhou and should not be missed. It is small in size, but is like a beautifully cut diamond whose beauty is of everlasting fascination and pleasure.