Suzhou, an ancient city, has become a paradise for thousands of merchants because of the canal. Up to now, nearly half of Suzhou’s goods are still borne by water. In the evening, the boat swims the ancient canal, and the brilliant lights along the bank are reflected in the rippling water waves and swaying willows. 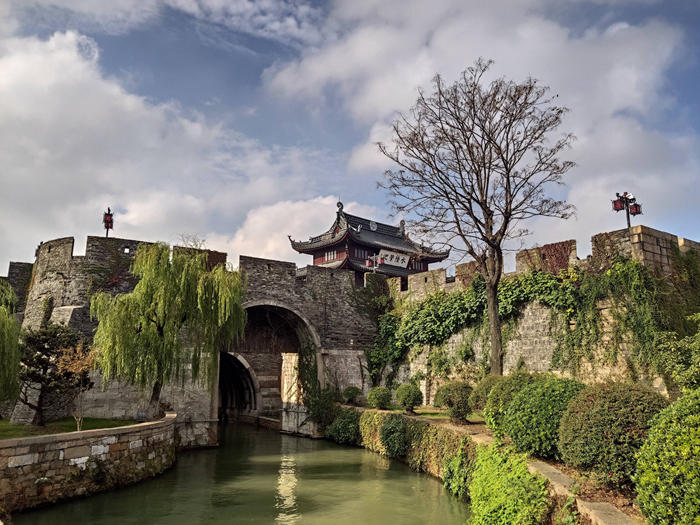 The ancient suzhou river, as part of the grand canal, surrounds the beautiful ancient suzhou city like a jade belt. The ancient canal landscape protection zone is not only a green corridor around suzhou, but also connects many historical and cultural relics of suzhou, becoming a hot tourist route for Chinese and foreign tourists. Along the ancient canal there are the ruins of suzhou ancient city wall, pan men, gu xu men, mi duqiao and other beautiful scenic spots.

On both sides of the canal, there are high-rise buildings, and on the other side, there are typical archaized buildings. The ancient and modern buildings are set against each other, and the scenery is harmonious, making people feel the charm of suzhou in different times. When the night is full and the lights are on, the scenery along the ancient canal river becomes more attractive. Visitors like the water paradise in the shadow of the lights, fully feel the unique charm of suzhou, the Oriental water city.

Grand canal suzhou segment represents the outstanding achievement of the ancient water conservancy project in our country, the city of suzhou is the city landscape along the grand canal, the most unique, through the city, the grand canal ring, city river nourished, produced by the water system of vertical and horizontal knit surface parallel, suzhou river street adjacent city landscape, and directly led to the suzhou garden is famous in the world. Suzhou and the grand canal, can be said to be interdependent, and co-existence.