The giant panda’s diet is one of its most peculiar and interesting habits, because it almost completely rely on bamboo to live, in the wild to pick more than 50 kinds of plants, bamboo accounted for more than half, and accounted for the annual food amount of 99%, among which the most like to eat big arrow bamboo, huaxi arrow bamboo and other 7 species. As the diet changes, so do some of its organs, especially the teeth, which have the most powerful molars of any carnivore. The strong sesamoid bone can hold bamboo well, even grasp things and climb trees. An adult giant panda weighing 100 kg will spend 12-16 hours a day in the spring eating 10-18 kg of bamboo leaves and stalks, or 30-38 kg of fresh bamboo shoots, and expelling more than 10 kg of feces to maintain metabolic balance. 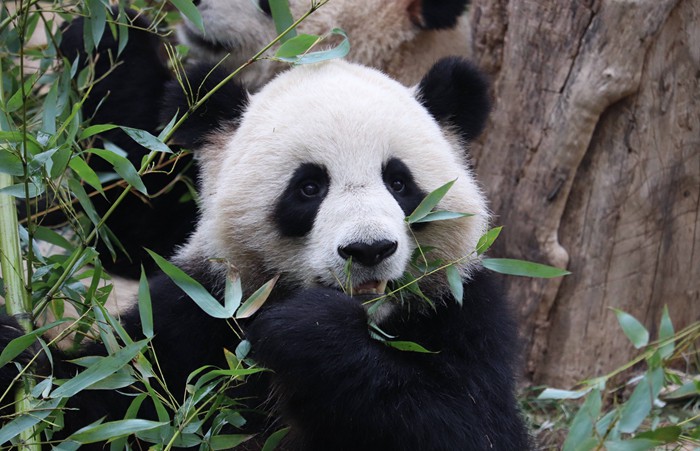 The food of giant panda is poor nutrition, cannot have excessive energy store. In order to conserve energy, activities that consume too much energy must be controlled. Therefore, it likes to walk in gentle places and avoid climbing hills. Usually only in a small range of activities, using smell, sound and other information transmission, not direct contact between each other. In addition to bamboo, pandas also eat some weeds and other plants, but eat very little. 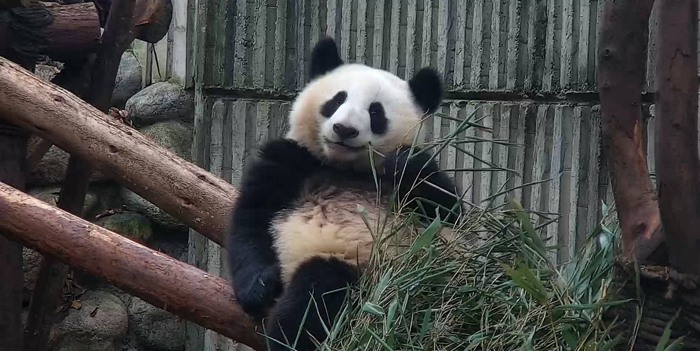 While the giant panda has the potential for carnivores to eat meat, it rarely eats animals or carcasses, not because it doesn’t like meat, but because it lacks opportunities. Because there are few large carnivores in the panda’s area, there are not many corpses left for it to eat. If it often catches small animals such as mice, the nutrients it gets are often not enough to compensate for the energy it expends. As a result, the giant panda can only eat a little meat occasionally, and most of the time it lives on bamboo in a regular way.