White Horse Temple, located 12 kilometers east of the old city of Luoyang, Henan province, was founded in 68 AD with a history of more than 1,900 years. The extant sites and monuments were left in yuan, Ming and Qing dynasties. As the first Buddha temple in China, White Horse Temple has so many “First Things” here: The first ancient pagoda, Qiyun Pagoda; The first Indian monk lived; The first Chinese Buddhist scriptures stored; The first translating scripture place- Cool and Clear Terrace; The first Chinese monk entering; etc.

The temple of the king of heaven is the first hall of the temple, which contains clay statues that were decorated by the four Kings in the Qing dynasty. Go further and you will see the main hall, the grand buddhist hall. Built in the Ming dynasty, the hall is full of Buddha statues, including sakyamuni, manjusri, wisdom bodhisattva and bodhisattva. Looking to the northeast corner, there is an ancient bell weighing more than a ton, where the famous New Year bell ringing was held.

Behind the hall is the magnificently decorated hall of the great Buddha. It is 22.8 meters long and 14.2 meters wide. It is the largest hall here. Among the thousands of buddhas, sakyamuni, amitabha, yakushi Buddha and the 18 arhats around them are all made of silk and hemp and are the most precious.

After visiting these halls, you will come to the cool terrace where the scriptures are hidden and translated. Today, the place is more like a courtyard, dotted with the faint scent of cypress and osmanthus, allowing visitors to enjoy tranquility.

Outside the temple are the Qiyuan pagoda, the oldest in China, as well as foreign features such as Indian temples, Thai temples and Burma-style temples. 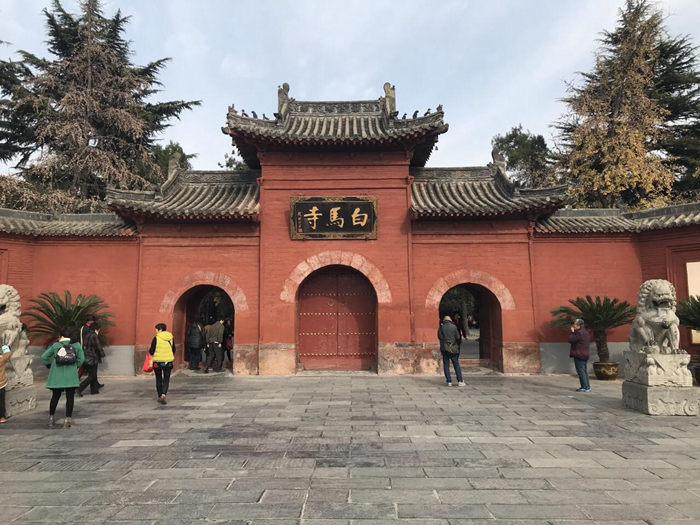 Chinese Tai Chi
Lion Grove Garden, the Representative Garden of the Yuan Dynasty
Ancient Chinese Marriage, the Most Delightful Moments in One's Life
West Street, With a History of More Than 1,400 Years