Wuxi, a prefecture-level city in Jiangsu province, is called “Tin” for short. It was called “Xinwu”, “Liangxi” and “Jingui” in ancient times. Wuxi is located in the Yangtze river delta plain in the south of Jiangsu province. The Yangtze river to the north, Taihu lake to the south, the Beijing-hangzhou grand canal from Wuxi through; The territory to the plain, scattered distribution of low mountains, residual hill; North subtropical humid monsoon climate zone, four distinct seasons, sufficient heat. Wuxi has jurisdiction over 5 districts and 2 county-level cities, with a total area of 4627.47 square kilometers. 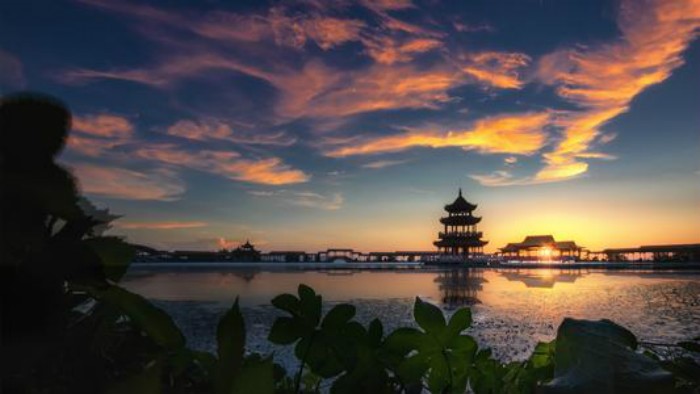 Wuxi is the national historical and cultural city, since ancient times has been the hometown of fish and rice, known as cloth wharf, money wharf, kiln wharf, silk capital, rice market. Wuxi is the cradle of China’s national industry and township industry, the birthplace of the south Jiangsu model, as well as the headquarters of the joint logistic support unit of Wuxi joint logistic support center. Wuxi culture belongs to wuyue culture, Wuxi people belong to jiangsu and zhejiang people, using wu language. Wuxi has yuantouzhu, lingshan Buddha, Wuxi zhongshi film and television base and other attractions. In November 2017, the review confirmed that the honorary title of national civilized city will be retained.

Travelers who come to Wuxi should pay a visit to Taihu Lake and those who visit Taihu Lake must take a visit to Yuantouzhu. The super view of Taihu Lake lies in the Turtle Head Peninsula. Either enjoy a leisure walk along the shore of the lake, or take a traditional boat quietly sailing on the water to embrace the glittering lake under the blue sky. On the northern bank of Taihu Lake is the a holy Buddhist land – Lingshan Grant Buddha which is the biggest bronze Buddha in the world. With a pilgrim soul, you can worship the grand Buddha, watch nine dragons bathing Shakyamuni, enjoy Ode to Auspice in the Brahma Palace and touch the largest Buddha’s hand for good luck and longevity.