With history dating back to the Warring States Period (475BC-221BC), the over 2500-year-old Kam Grand Choirs(Gal Laox or Grand Song) is a multipart polyphonic choir singing unique to the Dong nationality who mainly dwells in southwest China.

As the only polyphonic choir in China, it is another little-known but incredible art that has squeezed into the modern world. It made its debut in Paris in 1986 to rapturous applause and great curiosity about this mysterious tribe. Heavenly sounds, enchanting melodies and melodious tunes are so fascinating and pure that they can evoke our vision of heaven. In 2009, it was listed as the world intangible cultural heritage by UNESCO.

Liping County which shelters Zhaoxing Dong Village, the largest Dong Village in China, is the cradle of Kam Grand Choir. A deep-rooted motto which still dominates their society goes like this: “Music nourishes the mind just like food noursishes the body”.

Lacking a written language, the dong use songs to record their culture, history and wisdom, and to express their love, friendship and opinions. In their culture, songs cultivate the mind and character, so the more songs a person has, the more educated he or she becomes. As the essence of dong folk songs and a prominent symbol of dong national identity, jin jin choir not only highlights the culture, tradition, philosophy and way of life of dong, but also shoulders the mission of preservation and dissemination. Therefore, it has irreplaceable status.

The emergence of Jinhong choir can be attributed to nature and culture. Cattle weeding, birds chirping, a noisy insect band, whispering wind, splashing streams and waterfalls, nature is full of magical sounds. Inspired by these sounds, dong people write songs in the idyllic environment, which is the predecessor of Kam choir. Under the common influence of nine tones, such as dong custom, singing competition custom, etiquette and oral language, Musical Instruments inspired by nature, and the most complete and delicate notes, Kam choir has developed into a mature art form, blooming with gorgeous brilliance. 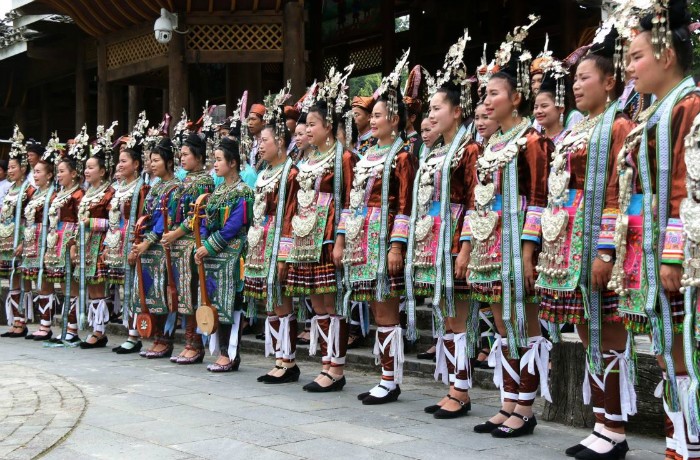 China's Acrobatics, Which is the Best in the World
This May Be the Original Color of the Terracotta Army
Shanghai People's Park, Renmin Park
Yellow River, the Mother River in China