Xiaoling Mausoleum of Ming Dynasty, the Milestone in Chinese Mausoleums

Xiaoling Mausoleum is one of the largest imperial tombs in China. It is located in the eastern suburb of Nanjing at the southern foot of the Purple mountain. Emperor Chengzu, Zhu Yuanzhang, the first emperor of the Ming Dynasty and Queen Ma were buried there. 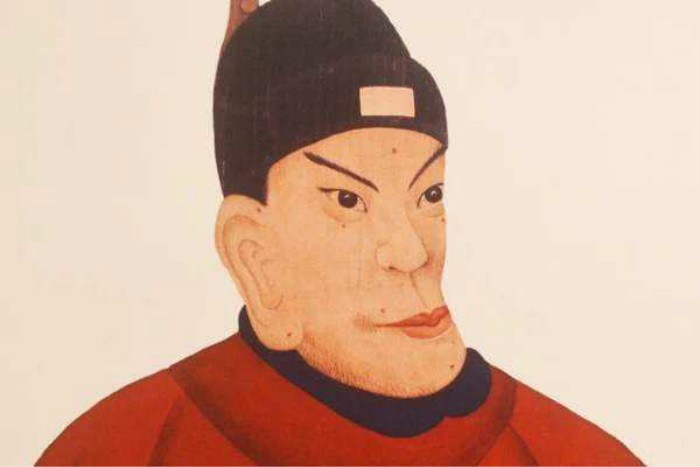 Xiaoling Mausoleum is famous for its unique design, prominent status, stunning beauty and magnificent scale. This is a milestone in the historical development of Chinese mausoleums. As an extension of the Ming and Qing imperial tombs, it is listed as a UNESCO world heritage site.

Construction of the Xiaoling Mausoleum of Ming Dynasty began in 1381 and was completed in 1431. In 1384, Queen Ma died and was buried there. Emperor Chengzu had bestowed upon her the title ‘Queen of Xiao Ci’ which means ‘Queen of Filial Piety and Kindness.’ Hence, the name Xiaoling derives from her title. Xiaoling Mausoleum of Ming Dynasty has two discreet sections: One is the Sacred Way area and the other is the main body of the mausoleum itself. 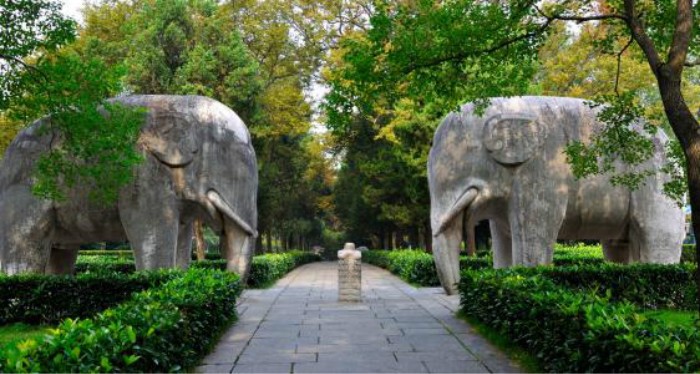 Walking northwesterly across the bridge, you will see the winding 1,800-meter (1.1 miles) long Sacred Way in Xiaoling Mausoleum of Ming Dynasty. Its middle section runs east-west and is called Shi Xiang Road. It is lined with several pairs of stone sculptured animals guarding the tomb. Each animal is postured differently and each conveys an auspicious meaning. For example, the lions, king of the animals, show the stateliness of the emperors, the camels, symbol of desert and tropical areas, indicate the vast territory of the dynasty and the elephants imply that the policies of the dynasty are to meet the desire of the grass root and the stabilization of the dynasty. 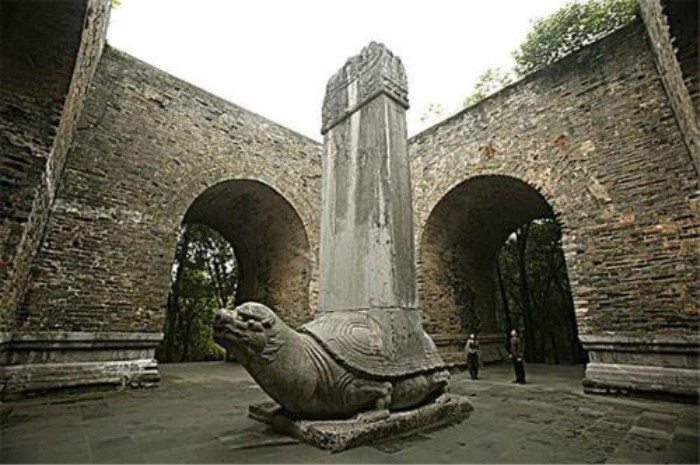 Continuing north along the Sacred Way, you will reach the main body of Xiaoling Mausoleum of Ming Dynasty. There you will start from the Golden Water Bridge (Jin Shui Qiao) and arrive at the main gate named Wen Wu Archway. Outside the gate, there is a stone tablet with words carved in six languages notifying visitors of the importance of the mausoleum.You next arrive at the Xiao Ling Hall, the main structure of the mausoleum. It was rebuilt in the Qing Dynasty (1644-1911) and was smaller in size than the original. Figures of Emperor Chengzu and Queen Ma are hanging inside on the wall. 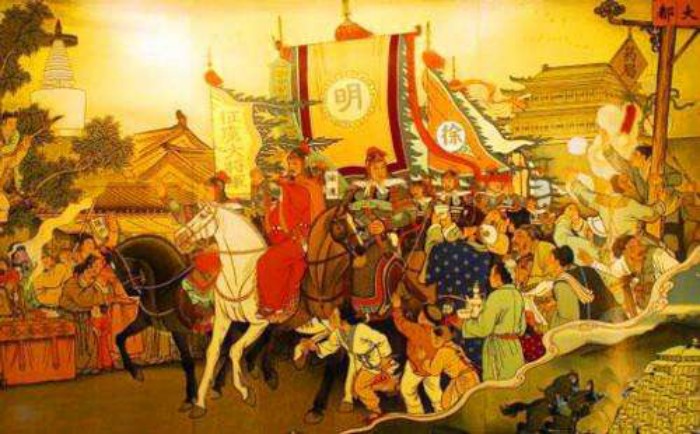 There are also a variety of sculptures depicting various scenes like the ‘Two Dragons Playing with the Pearl’, ‘the Heavenly Horses Flying in the Sky’ and ‘the Blazing Sun over the Country’. Then you will come to Fang Cheng (a castle-like building) and Ming Lou (a structure built in palace style with four walls left only). They are both innovations of the Ming Dynasty. The last part is Bao Cheng that looks like a massif and the tomb of Emperor Chengzu and Queen Ma is just beneath.