All Kinds of Puppet Shows are Very Popular in China

There are several forms of puppet shows in China. It is unclear who developed it first.The Chinese puppet theaters come in four forms: marionettes on strings or wires, rod puppets, shadow plays, and hand manipulated glove-type puppets.

Marionettes on strings or wire like the old time Pinocchio or as in the picture to the right were once popular in the China before the advent of motion pictures.

Marionettes are usually carved from pieces of wood and hung from ropes. Most of the puppet shows in China take place in the open air, with no screen covering the puppeteers, which is different from the practice in the west. The audience can see the performances and performers from three sides of the stage. In the west, audiences often want performers to hide.

Puppetry in China has a religious aspect that may still exist to some extent. A puppet show or other type of puppet show, usually outside a temple or shrine, used for religious instruction.

Chinese rod puppets are puppets that are manipulated by three rods as shown in the picture. The puppets may be small or even life-size. Performers used to wear special traditional theatric robes with big sleeves so that the rods were somewhat hidden, but modern performers tend to let their hands and rods show. 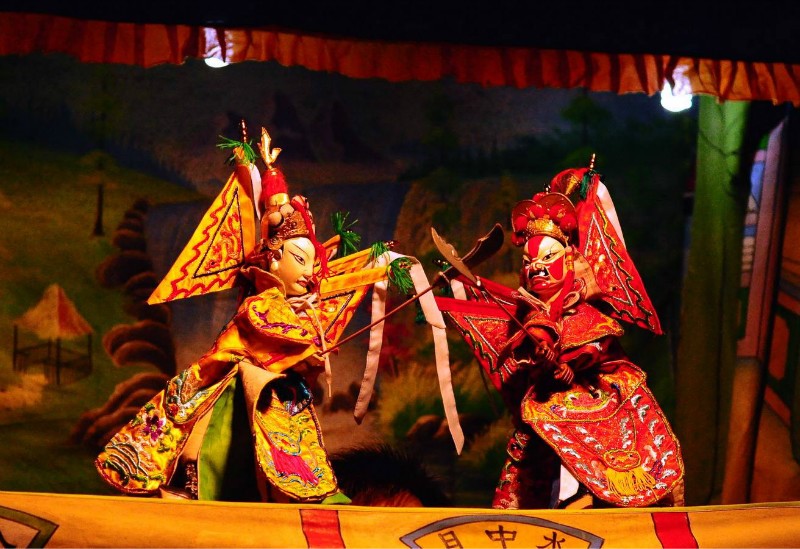 Song Ci, Another Type of Poetry in Song Dynasty
The 10 Most Famous Temples and Monasteries in China, Some of these temples play an active role in Bu...
Chinese Dragons, Powerful and Benevolent Symbols in China
Winter Solstice, The Shortest Day of the Year