The dragon is a symbol of China and an important part of Chinese culture. Chinese dragons symbolize wisdom, strength and wealth. They are believed to bring good luck to people.

The origin of dragon dance can be traced back to the han dynasty (206bc-220ad). Later, it was used to worship ancestors and pray for rain, and gradually developed into a recreational activity. By the tang dynasty (618-907) and song dynasty (960-1279), it had become a common ritual during festivals such as the Spring Festival.

The costume is made of grass, bamboo, paper and cloth.

Dragons with odd Numbers of joints are considered lucky, so people usually make dragons with 9 joints, 11 joints, 13 joints, or even 29 joints. Made up of more than 15 joints, the dragon is too heavy to dance and is mainly used for display, so the dragon is more decorative and highly skilled.

The dragon’s body is woven into a round thin bamboo strip, section by section, and covered with a huge red cloth decorated with dragon scales. The whole dragon is usually 30 meters long, and every one to two meters, people take a stick to raise the dragon part.

In dragon dancing, a man holds a stick with a big ball on top and leads the dragon to dance. The ball moves left and right, back and forth, up and down, and the dragon follows the ball. Its body moves in the waves as if it were dancing.

After the dragon dance, the head and tail of the dragon are burned, and the body is sent back to the temple, where it will be preserved for use next year.

Dragon dances are usually seen during the Spring Festival (Chinese New Year) and Lantern Festival, but sometimes companies entrust them to bring good luck to their business, especially if they open a new branch.

You can see dragon dances in many Chinese cities and chinatowns, but Hong Kong is still the capital of the dance. Hong Kong’s lunar New Year parade is a great opportunity to watch dragon dances. 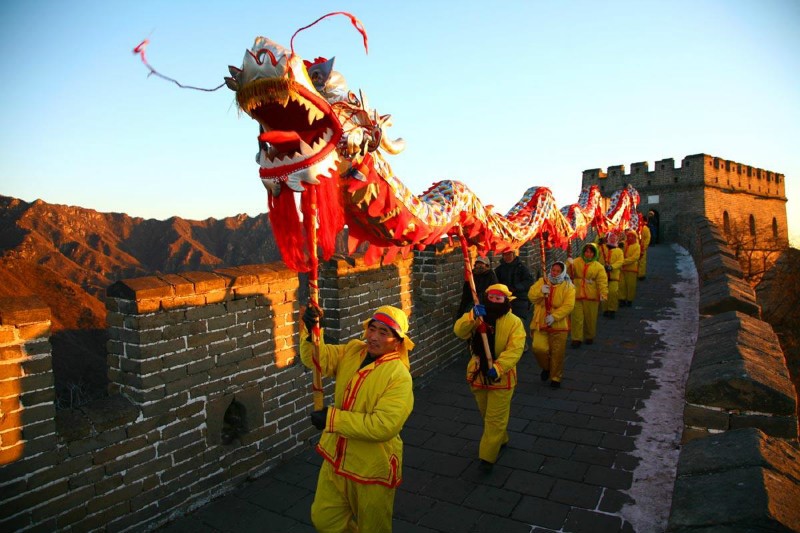 Dabei Buddhist Temple, the Oldest Temple in Tianjin
Hulunbuir Grassland, One of the Top Four Grasslands in the World
The Summer Palace, Royal Gardens of the Qing Dynasty in China
Tashilhunpo Monastery, 0ne of the Six Big Monasteries of Gelugpa