Ancient Chinese Marriage, the Most Delightful Moments in One’s Life

Since ancient times, there has been a saying in China that the three most delightful moments in one’s life come with success in the imperial examination, marriage and the birth of a son. From the Qin dynasty (221-206bc) to the Qing dynasty (1644-1911), the feudal system ruled for more than 2,000 years. In the meantime, getting married is far more important than finding a partner. On the male side, it determines the prosperity and even the future reputation of their families; For women, it means that parents miss out on seeing their daughters for a long time. Therefore, choosing an ideal partner is crucial to both the individual and the family. A set of wedding customs has been handed down to this day.

In the feudal society, it was not the love of the young couple that decided the marriage, but the desire of the parents. Only after the matchmaker’s introduction, when the parents think the two families are similar and can match, the marriage process will continue. The conditions to be considered include wealth and social status. If a boy’s family is rich or official, his parents will never allow him to marry a girl from a poor family.

Before the party, the bride would tie up her hair with colored cotton thread with the help of a respected old woman. She will wear a red dress because Chinese people think red symbolizes joy. When the procession arrived, the bride wore a red cloth hood and had to cry with her mother to show that she did not want to leave the house. She was led or carried in the litter by her brother. At the party, the groom will deliberately encounter a series of difficulties. Only by dealing with these matters can he visit his future wife.

In ancient Chinese weddings, there was music and firecrackers when the sedan arrived at the wedding site. The bride will be led down the red carpet in a festive atmosphere. The groom, who also wears a red robe, kowtows three times and worships heaven, his parents and his spouse. Then the couple will go to their new house and the guests will be treated to a big meal. The wine should be poured at the rim of the glass but not spilled.

On their wedding night, some places have a custom of making fun of the couple by relatives or friends. Although this may seem a bit noisy, both of them are no longer shy and get to know each other. On the third day of the wedding, the couple will return to the bride’s parents’ home. They will also be welcomed to a dinner party that includes relatives.

Of course, marriage customs vary from place to place, but these are the most common. They have survived for thousands of years, but in recent years, especially after the founding of modern China, there has been a tendency to discard details in favor of simplified procedures and wedding ceremonies. 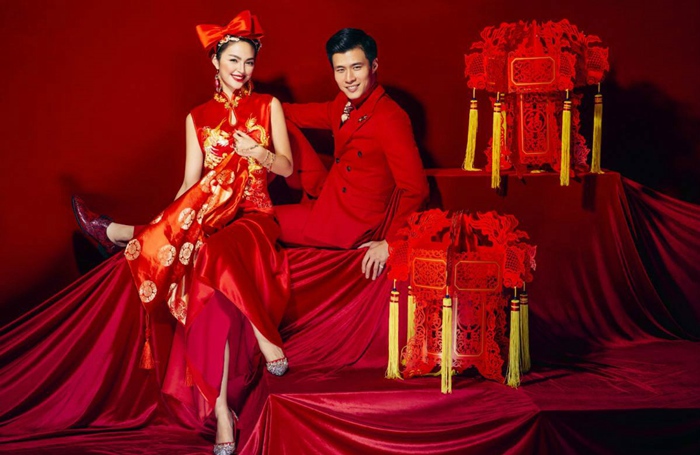