Tug-of-war is a traditional land-based game in which almost all ethnic groups take an active part. In the past, it was usually held between Lantern Festival and two neighboring villages. Rope used to be made of bamboo, but from the tang dynasty (618-907), people began to use hemp rope instead. The main rope usually has a few branches and involves as many people as possible. Sometimes hundreds of branches are tied to the main rope, and the competition can be very exciting as players pull and pull with the encouragement of drums. 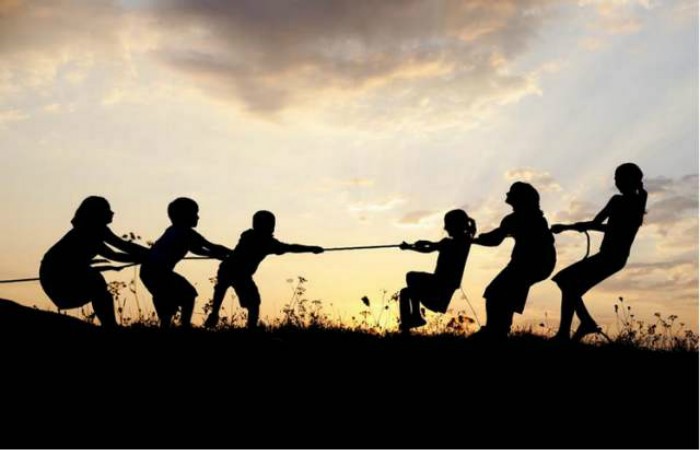 Today, tug-of-war is popular at school sports events and corporate social events. The game provides an interesting highlight and causes quite good natural entertainment. However, the winning team relied not only on strength but also on cooperation.

River activities were not only popular among the people in the tang dynasty, but also held in the imperial palace. One of them was held during a qingming festival during the reign of emperor zhongzong of the tang dynasty (705-710) at the liyuan football stadium. At that time, “seven chancellor two husband for east friends, three chancellor five generals for west friends. Friends in the east, friends in the west to win the uneven, please re – determination. If we don’t change, we’ll lose.” As a result, the servant shot wei juyuan, little teacher tang hejing because of old age, with the rope and fall, for a long time can not climb up. Zhongzong in the side watching the battle, see form laugh, busy life around quickly help up.

At the end of the qing dynasty, tug-of-war from the west was introduced into China and included in school physical education and extracurricular sports. Since then, the tug-of-war in ancient China has gradually disappeared.

Tianfu Square in Chengdu, Tianfu square is not only the economic, cultural and commercial center of ...
The RED in Chinese, Auspicious and Festival Happiness
Sanfang Qixiang, Three Lanes and Seven Alleys, Sanfangqi Alley Tourist Center
Zhangbi Ancient Fortress, the Miniature Castle in Shanxi