Cupping astounds some Western people. When they see the big round red “hickeys” on people or when they see it being done, they wonder what is going on? The interesting technique is akin to the other traditional medical techniques in that the practitioner is attempting to manipulate the various qi, Yin and Yang, or body fluids to influence health.

Does it work? The verdict on this is yet out: Western doctors generally don’t recognize cupping as beneficial compared to Western medicine. Here’s information on cupping’s history, methods, and general acceptance in modern times.

Cupping has been practiced for thousands of years in Europe, Asia and Africa. This is clearly not a Chinese invention. One of the oldest medical textbooks in the world, the epes papyrus, records the use of cupping in Egypt in 1550 BC. In ancient Greece, Hippocrates (c. 400 BC) prescribed cupping for the treatment of disease. This method spread to Asian and European societies in many forms.

In more recent times, it was popular even in Western Europe in the 18th century, and in some eastern European countries, it still follows the traditional European style. This is also recommended by Mohammed. In islamic countries, cupping is often associated with bloodletting. This is a common practice in the islamic world.

Western cupping is different from Chinese cupping, and it is unclear whether the method came from abroad. In the west, people do not put the fire in the cup, but use the flame or warm object outside the cup to heat the cup. However, the effect is the same, with blood and skin pulled up. Western cupping does not use the Chinese acupoint system.

In China, cupping is used for high Yang issues such as bronchitis, coughs and colds. The Chinese think that these symptoms mean that there is too much Yang in the body. Through the fire cupping treatment or modern methods of applying suction to the skin such as by using suction pumps, they generally believe that some of the Yang factor can be removed so that the Yin and Yang balance can be restored.

However, there isn’t total agreement as to why the procedure should work. There are differing theories about qi and how it functions. A more modern idea about Chinese cupping is that it removes pathogens or toxins that tend to accumulate just under or on the skin. 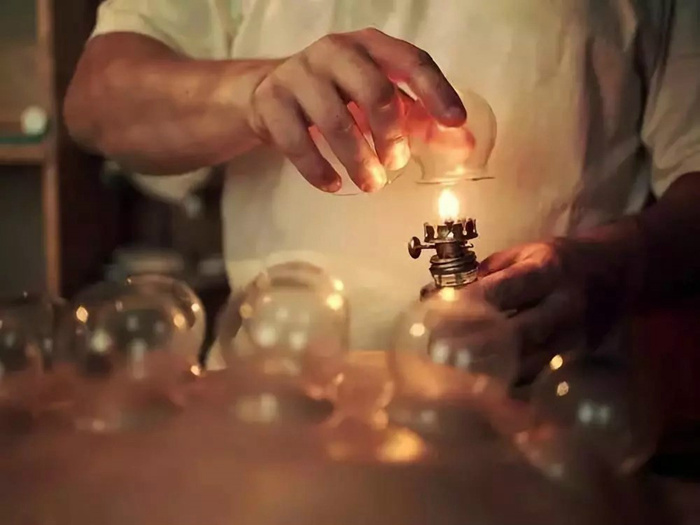