Cloisonne is a unique art form that originated in Beijing during the yuan dynasty (1271-1368). During the “jingtai” period of the Ming dynasty (1368-1644), the emperor was very interested in bronze casting technology and improved the color processing to create a bright blue color with an Oriental aesthetic. After making a breakthrough in technology, his daily necessities were mostly cloisonne. Later, it became popular among the general public; Their favorite is cloisonne. 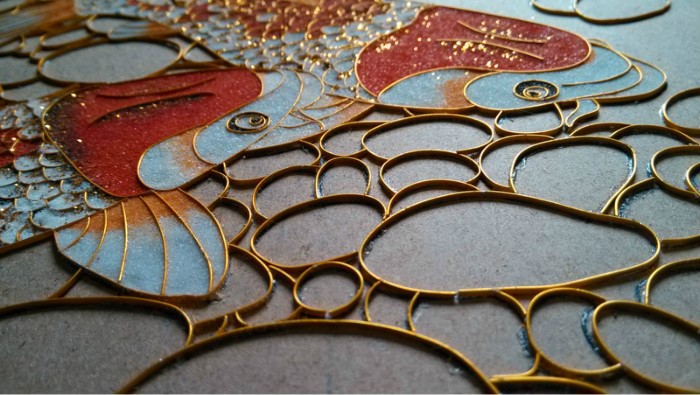 During the reign of emperor kangqian of the qing dynasty (1644-1911), cloisonne craftsmanship was improved and reached its artistic peak. The colors were more subtle, the threads more flexible and fluid, and the scope expanded beyond sacrificial objects into snuff bottles, screens, censers, tables, chairs, chopsticks, and bowls.

Model hammer: hammer the copper pieces into various shapes according to the design and connect them at high temperature.

Tinsel welding: in tinsel welding, the artist bends the copper wire into a delicate flower pattern and sticks it to the copper mold. Heating to 900 degrees Celsius is probably the most challenging step in the whole process. It solidifies the metal.

Enamel filling: through this interesting process, cloisonne wears a coat of color. The craftsman filled the glaze into a grid of filaments. One filling is not enough – filaments are squeezed and the surface is dull. They must melt the powder glaze in a melting furnace at 800 degrees Celsius, then remove the object and repeat the process three or four times until the surface becomes smooth.