Lacquer ware is a kind of exquisite Chinese handicraft, it sends out a kind of peaceful burnish. As the earliest users, the Chinese began to appreciate its beauty from the neolithic age. In the past few hundred years, it has played an important role in the development of Chinese arts and crafts and has had a great influence on world art. Between 6,000 and 7,000 years ago, a wooden red bowl unveiled the history of lacquerware technology. 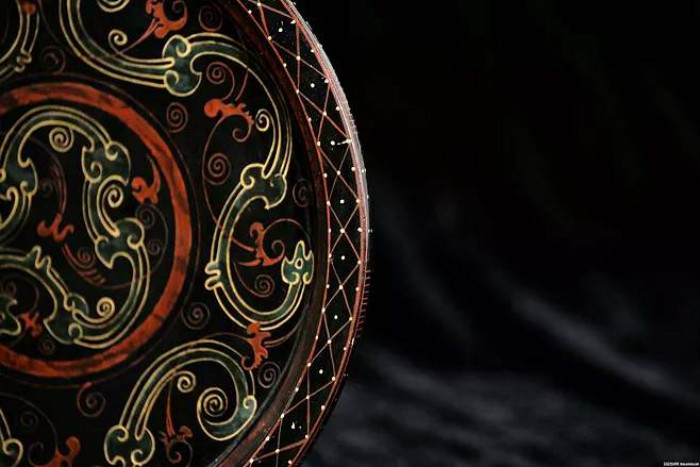 Ancient Chinese lacquer ware was made of natural lacquer from sumac. Sumac should be 10 years old. Liquid paint should be condensation in humid conditions, and then hardened, heat, acid, alkali resistance. In general, the manufacturing process is very complicated.

In 1978, a red lacquered wooden bowl and a red lacquered vase were unearthed at the hemudu cultural site in yuzhao, zhejiang province, evidence that the Chinese began making lacquerware during the neolithic period. The porcelain turned out to be made of natural lacquer. Early works were simple red and black. During the xia dynasty (21-17 BC) and the warring states period (476-221 BC), the variety increased greatly and industry continued for about five centuries. At the time, it was used for furniture, such as containers, Musical Instruments and funeral utensils.

During the han dynasty (206bc-220bc), the main lacquerware was also red and black. However, it is more widely used in plates, coffins, earrings, crates, board games and other necessities of life or decorative accessories. In addition, the manufacturing process has become more sophisticated, such as the use of color paint, needle engraving, inlay process, gold ring decoration. During the warring states period (475-221bc), this kind of pottery was popular for its exquisite craftsmanship and vivid pictures of animals and clouds. The lacquerware relics unearthed at mawangdui’s han tomb are more than 2, 000 years old. The yuan, Ming and qing dynasties were also prosperous periods, with more than 400 varieties used as common tools and decorations.

Nowadays, Chinese lacquerware has become more refined and spread in Beijing, yangzhou, Shanghai, fujian and other places. All kinds of lacquerware reflect distinctive characteristics: Beijing made lacquerware style luxury; Fujian is light, high temperature, corrosion resistance and waterproof; Sichuan is famous for its fine carving patterns. In addition, yangzhou artifacts are known for their elegant, delicate and unique creation techniques: shells are used as materials, processed into wafer-thin pieces, and then carefully attached to lacquerware. In the process, people will even inlay treasures such as crystals, jade, pearls and coral on lacquer furniture, tea sets and brush pens. Lacquerware made in the ancient city of pingyao, shanxi, shows luster after being polished by the hands of craftsmen. This is considered the most exquisite because of its simplicity, but radiating artwork.

Nanyin Music，One of the Oldest Existing Music Genres in China
Why Don’t The Chinese Excavate The Mausoleum of the First Qin Emperor
Han Nationality, the Largest Ethnic Group in the World
The Water Margin in Chinese Literature