Tunxi ancient street, made of marble slabs, is 1272 meters long, of which the main pedestrian street is 832 meters. It starts from the west of zhenhai bridge and is 5 to 8 meters wide at the eastern end of qingquan lane. The old street faces the green mountains and is located at the junction of rivers and rivers. The whole district is shaped like a fish. It consists of a main straight street, three lanes and 18 lanes. An ancient western European architect once visited the old street and said he had discovered “ancient Rome in the east”. The Chinese call it the flowing Qingming Festival.

During the Ming and Qing dynasties, huizhou merchants began to rise, leading to the rapid development of tunxi ancient street. It flourished in the late qing dynasty, with old Chinese private Banks, pawnshops, silver shops, pharmacies, grocery stores, restaurants, shops selling tea, silk, porcelain, salt, sugar… During the republic of China period (1912-1949), it was known as “little Shanghai” because of its prosperity. 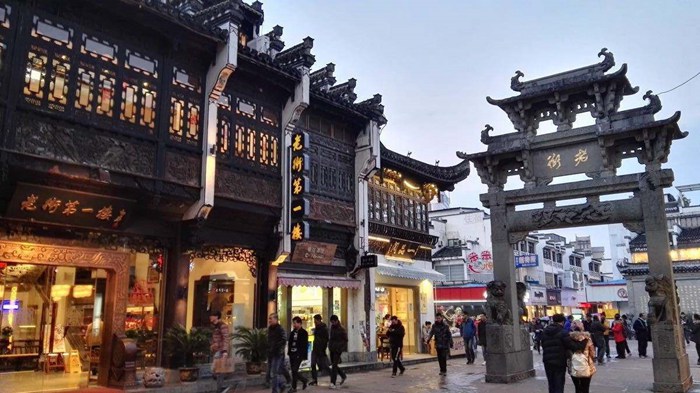