Chinese medical wine is an alcoholic drink produced by soaking herbs, reptiles and mammals in rice wine or grain alcohol. It is very popular among Chinese people because of its nourishing and tonic functions.

According to TCM theory, the human body is made up of Yin and Yang. The concept of Yin and Yang in Chinese philosophy is used to describe complementary opposites, such as the sun and moon, day and night, light and darkness, masculine and feminine. Yin is considered feminine, dark and passive.

Yang is seen as masculine, sunny and active. In this concept, women are thought to have more Yin energy and men have more Yang energy. Everything has its Yin and Yang balance. For those with chronic conditions, such as general weakness and rheumatic pain, they believe the body is rapidly losing Yang, which can leave them feeling weak. In this case, Chinese medicinal wine plays an important role in collecting Yang’s energy by strengthening their body fluids and nourishing their blood.

In ancient times, alcohol was widely used by doctors in various dynasties to treat traumatic diseases, and it is still used today. In addition to its bactericidal properties, alcohol itself also improves circulation and relaxes muscles and joints. In addition, alcohol is an effective solvent and can be extracted from a higher proportion of pharmaceutical ingredients.

Chinese people like to make medicinal wine with precious medicinal materials. Common medicinal materials are ginseng, mugwort, wolfberry, snake, centipede and so on. Different medicinal ingredients in wine have different effects. Snake wine is probably the most popular. Many Chinese pharmacies display and sell snake wine. The snake that makes the snake wine is the most poisonous. Alcohol is said to denature the venom, break down its proteins and retain its “essence”. Drinking snake wine helps to nourish the kidneys, blood, cold, treatment of rheumatism. Goji wine is also popular with most people because it helps lower blood sugar and cholesterol. Rose wine is called “ladies’ wine” because it helps improve skin tone and reduces pigmentation due to age or pregnancy. 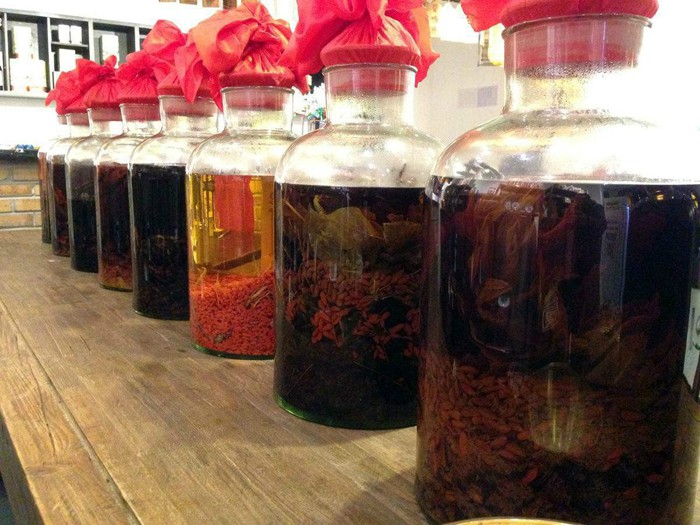 Haibao Pagoda, One of the Eight Highlights in Ningxia
Beijing 798 Art Zone, One of the 22 Most Famous Landmarks in the World
Shexian County, A Famous Historical and Cultural City
Dragon King, the Controller of Weather and Water in Chinese Mythology