Located in the northwest of Yunnan province, 300 kilometers (186 miles) northwest of Kunming, Dali is the economic and cultural center of the Dali bai autonomous prefecture. Surrounded by mountains on the east, west and south sides, Erhai lake is the center. Here you will find 25 ethnic minorities who have created a unique cultural heritage in a picturesque setting. 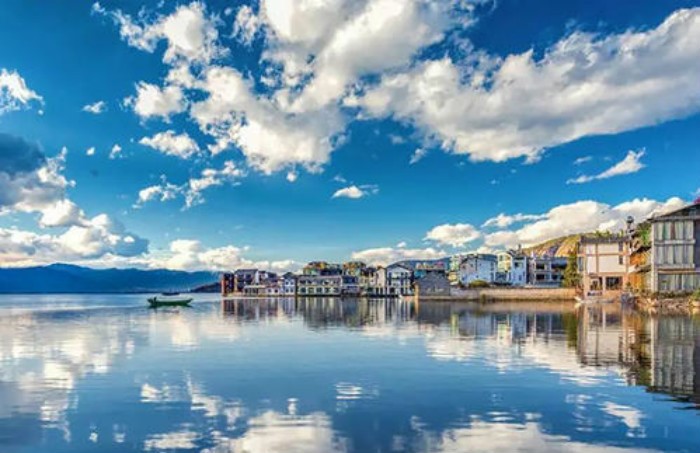 As early as 4000 years ago, bai ancestors settled here. In the 2nd century, it was brought into the territory of the central government of the han dynasty (206bc-220ad). Two minority states, nanzhao (738-937) in the tang dynasty (618-907) and Dali (937-1253) in the song dynasty (960-1279), were also founded here. Throughout history, it has been a middle ground linking ancient China and other countries through India for economic and cultural exchanges. The ruins of the ancient cities of taihe and Dali bear witness to the historical changes here over thousands of years. The surrounding ancient towns, together with xizhou town and zhoucheng village, showcase the bai people’s most historic daily customs.

Ethnic minorities have lived in the area for generations, with the bai making up 65 percent of the population. The customs of ethnic minorities bring charm to daily life. Every spring, celebrations and festivals bring the city to life. Celebrations such as the march street festival and butterfly festival provide excellent opportunities to learn about local customs.

The city’s famous street of foreigners attracts tourists with its handicrafts and local delicacies. Xiaguan, located in the south of the ancient city, is the seat of the Dali bai autonomous prefecture government. Here, hotels, plazas and shopping malls add a modern touch to the historic city.