“Hua’er” is one kind of ballads spread far and wide between Qinghai, Gansu and Ningxia provinces (districts), where Hua’er festivals will be annually held the sixth and seventh month of the lunar calendar, attracting the fans all over the world.

In Ningxia, there are about 10 Hua’er festivals of large scale. In September 30th, 2009, the Flower Ballad was inscribed on the “Representative List of the Intangible Cultural Heritage of Humanity” by UNESCO in the 4th session of the Intergovernmental Committee for the Safeguarding of the Intangible Cultural Heritage, held in Abu Dhabi, the capital of United Arab Emirates. “Hua’er” is sung by young woman.  It is also called “Shaonian when it is sung by young man. It is said that “Hua’er ” has a history of at least 400 years1.0000 In view of its rich content, free and lively form, vivid language, high and beautiful melody, rich flavor of life and local characteristics, “Hua’er” is deeply loved by Han, Tibetan, Dongxiang, Tu, Salar and other nationalities. Now “Taomin Hua’er” is the most representative in Gansu.

According to its cradle, “Hua’er” is divided into three categories: the first one is “Hezhou Hua’er” which developed initially in Hezhou area. Now we call Linxia County in Gansu province. It is popular all over the counties including Lintao, Kangle, Guanghe, Yongjing, Xiahe and even Ningxia. The second one is “Taomin Hua’er which came out from Taomin area, now Lintan, Min County and Danni area in Gansu province. The third is “Xining Hua’er”, whose birthplace is Xining area, now Xining, Huangyuan, Guide, Ledu and Xunhua area in Qinghai province.

Now the idyllic rural life that is most conducive to the growth of “Hua’er” has been broken day by day. Because of their discontent with the old style, many boys and girls left home with the purpose of looking for opportunities to make money and new life dreams, that is why the skilled singers, who truly love the Ballads and make efforts for it, become less and less. As backbone of Min County Hua’er transmission, 41 persons, a significant amount, have been named “Hua’er singer in Gansu province” such as Dong Mingqiao, Liu Guocheng, Liu Gawen, Lang Xuehui, Bai Xu’e and Jiang Zhaowa, most of which aged between 30 and 40, even illiterate or of low education level. These singers grew up during the late 60s to early 70s last century. They leaded a hard life in family and have no chance to study while becoming a Hua’er singer after the growth during the long-term productive labor. 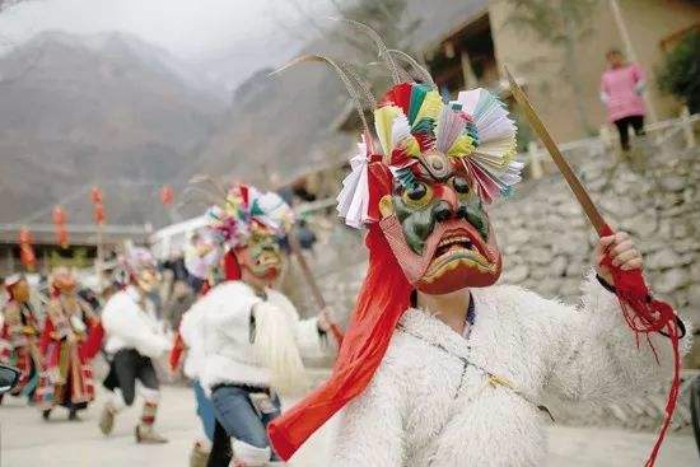