Foot binding was the practice of curling young girls’ feet to modify their shape. It was prevalent in ancient China.

Bound feet, about 10 cm in size, were considered attractive in ancient times because of their small size. Through the bondage of small feet, women’s beauty is enhanced and their movements are more graceful, supported by both men and women.

Besides, it shows a girl’s status, because rich people usually don’t need to work. However, foot binding restricted women from going out and allowed them to stay at home to serve the family.

Foot binding began among the Han people. Generally, it was a practice for females. Rich girls would have their feet bound while the poor would not. That’s mainly because the rich had servants to serve them since they couldn’t walk. The poor girls needed normal feet in order to work.

Infection is the most common problem with foot binding. Due to poor ancient medical conditions, toes are prone to infection and decay.

Foot deformities: foot binding is actually the practice of using force to tie the toes to the bottom of the foot to deform the foot.

The first recorded foot binding started from the Five Dynasties and Ten States in the 10th century and it became prevalent in the Song Dynasty (960–1279).

According to history, an emperor’s favorite concubine danced on a gilded lotus flower with bound feet, which gained the emperor’s favor. Then other concubines imitated her, making the practice popular from the royal court to the whole country. It was thought to be a sign of beauty. 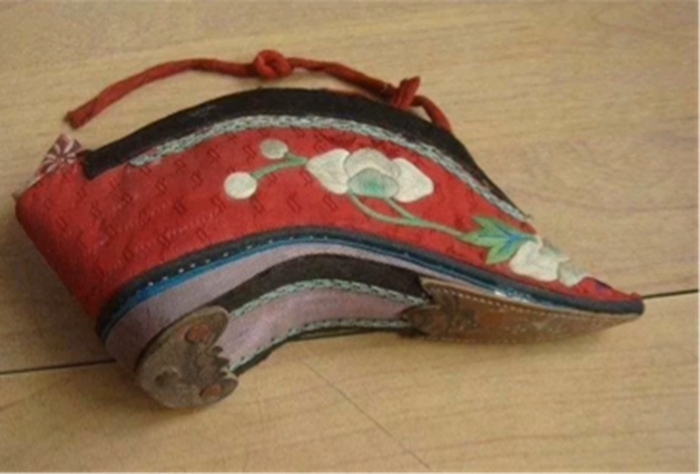