Located at the foot of Zijin Mountain, about 6km from the center of Nanjing, Meilin palace is a magnificent villa built by President Jiang Jieshi for his wife Song Meiling. Therefore, it is also known as “May-ling Villa”. The villa is the largest in Nanjing, with a total area of more than 2000 square meters. Its formal name is National Government Chairman Residence. 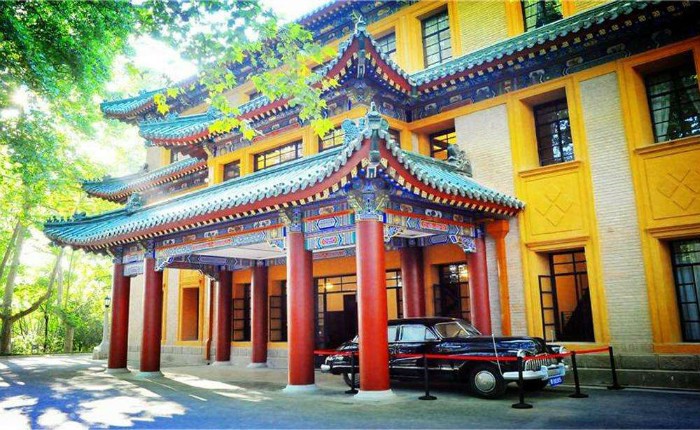 Finished in 1934, Meiling Palace was specified as a residence for the chairman of the National Government, and then it was used as a restroom for officials paying homage at nearby Dr. Sun Yat-sen’s Mausoleum. After the war between China and Japan ended in 1946, the National Government moved back to Nanjing and Chairman Chiang Kai-Shek used this villa as his official residence. He and his wife spent a lot of time here during holidays, receiving foreign guests and worshiping Jesus. 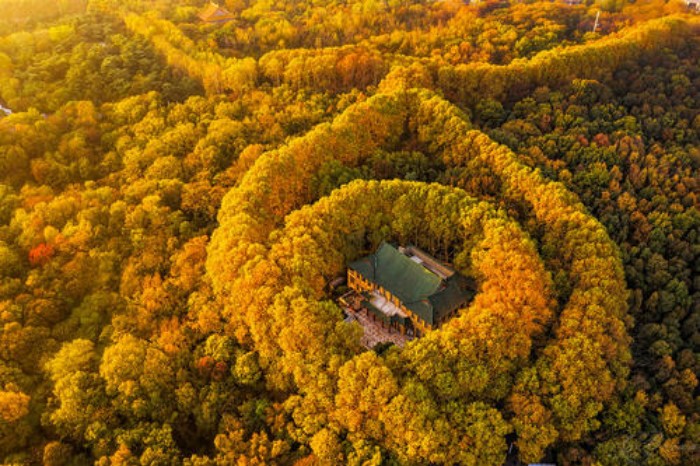 Seen from above, the villa looks like an emerald necklace. The ring road with green plane trees is the chain and the villa with shining glazed tiles under the sunlight is the emerald pendant.

The villa is in traditional Chinese style with double eaves and a gable and hip roof covered by green glazed tiles, while the interior is in a luxurious western style. On the glazed tiles, more than 1,000 phoenixes are carved, which is the only example in China. Famous brushwork painter, Chen Zhifo, painted the eaves with beautiful birds and flowers.

The main building of Meiling Palace is a two-storey mansion, with an underground basement and a mezzanine between the first and second floor. On the east side of the basement is a staffroom, and on the west is a kitchen. On the first floor, there are reception, cloak, secretary and guard rooms. The mezzanine has a hall, a drawing room, and a grand ballroom, and the upper floor is where the Chiang couple lived, with bedrooms, studies, bathroom, Victory Chapel, and a skip-floor on the north as their private dining room. Inside the villa there are typical western fireplaces, large floor-to-ceiling windows, and modern sanity facilities.The villa was made of reinforced concrete and has a grand garden in front, a big balcony on the middle floor and terrazzo mosaic ceramic tiles. It is a perfect integration of the traditional Chinese architectural style and culture and western modern construction technology and skill. Thus Meilling Palace was praised by the former United States ambassador in China, Leighton Stuart, as the “Best Villa in Far East”. 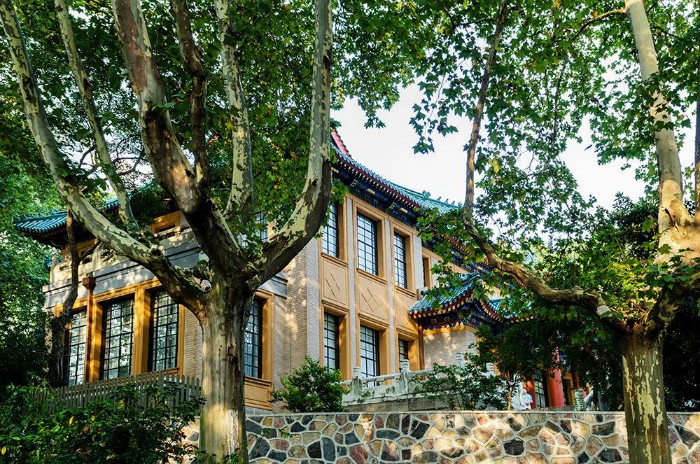 The whole Meiling Palace shows feminine traits, in the 1000 phoenixes on the roof, and the 34 white marble pillars, each with a phoenix on it, 34 indicating Soong’s birthday date, March 4th. The inner function division also demonstrates femininity. For example, the master bedroom was furnished to Soong May-ling’s liking while the second bedroom was to Chiang’s. Soong’s secretary’s room was on the middle floor while Chiang’s secretary had a room in the basement. It’s postulated that Meilling Palace was a gift to Soong May-ling from Chiang Kai-shek.

There are several exhibitions in Meiling Palace now, showing Soong May-ling’s life as a politician, a diplomat and an artist as well as stories about this grand villa. On the second floor are a book store and a café bar.