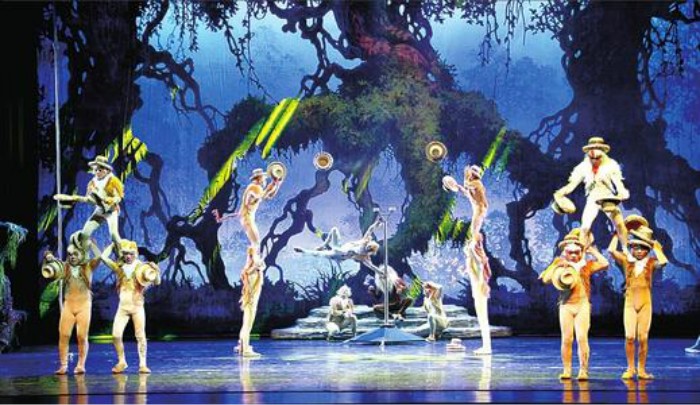 “Unique bowl flip” – the pagoda of the bowl, requires mastering several skills simultaneously: riding a unicycle with one foot, balancing a higher and higher, more and more rickety pile of bowls on his/her head, kicking and catching several bowls simultaneously on his/her head. Each successive flip was done with more bowls, and the bowls that had been caught were piled high over her head. As the stack of bowls above her head grew higher (and therefore more unstable), the performer had to be very careful not to let them fall. At some point, the performer must blindly grasp the flipped bowl because he/she cannot hold up his/her head without letting the bowl that has already landed on his/her head fall.In the scene of the Shanghai portman acrobatic show, the big gangplank, also known as the manmade ladder, is famous and popular. It won three gold MEDALS in the acrobatic competition. The reviews for the Shanghai acrobatic show were fantastic!