Mount Everest, the Highest Peak in the World 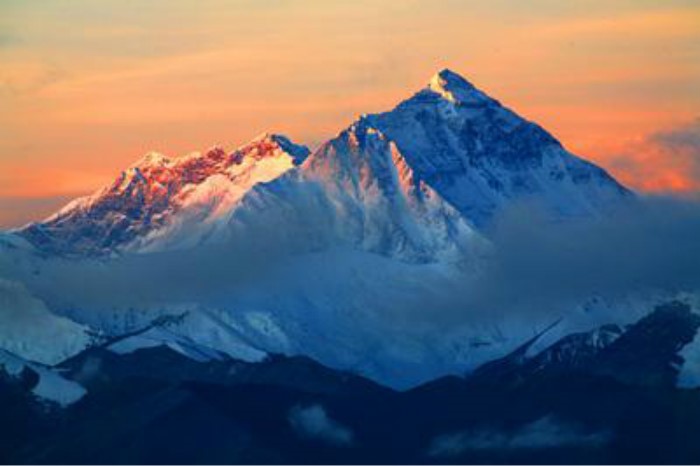 Mt. Everest is a giant pyramid, majestic and towering, with extremely steep terrain and complex environment. The Himalayan area where Everest is located was originally an ocean. In the long geological time, a large amount of gravel and sediment were washed from the land and accumulated in the Himalayan area, forming a marine sedimentary rock layer with a thickness of more than 30000 meters. Later, because of the strong orogeny, the Himalayas region was squeezed and uplifted violently. It is estimated that the average increase is about 20-30 meters every 10000 years. Up to now, the Himalayas is still in the process of rising, rising by 7 cm every 100 years. 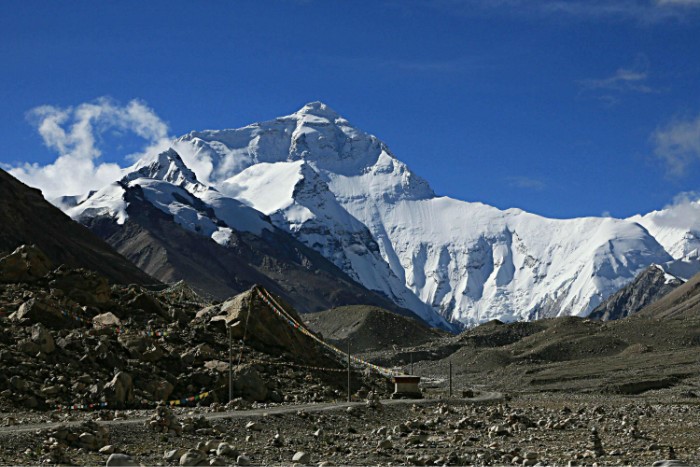 Its Tibetan meaning of ‘Goddess the Third’ adds more mysterious color and magic power to the subject. As a result, it has intrigued all kinds of people since it was first discovered. Pilgrims trek long distances to present a pious worship, climbing enthusiasts run great risks to challenge its high altitude and the common visitors also yearn for a reverent look at this holy peak.

As the supreme point of the world, Mt. Qomolangma is also blessed with many extreme wonders. The top part of the mountain is covered with snow all the year round. When the glaring sun shines on the mountain, the peak is just like a white pyramid miraculously transformed by the Goddess, leading us to imagine her semblance further. More often than not, the thick freely moving clouds and fogs, seeming as if a flag with the mast of the peak was swinging, will shroud the peak. This peculiar phenomenon is known as ‘Flag Cloud’. An additional wonder generated here are the bright glaciers, where ices are formed into various shapes like bridges, pagodas and others. You can also find miles of efflorescent rock physiognomy there, such as stalagmites, stelae, stone sword, and stone pagodas. The climbing pathfinders call this splendor at such high attitude ‘the Largest Park on the High Mountain’.