The Mukden Palace is located at No. 171, Shenyang Road, Shenhe District in Shenyang City. It is the only existing royal palace in China outside of the Forbidden City in Beijing. It can be divided into three sections-the eastern section, the middle section and the western section. Each section boasts of unique characteristics. Besides the Forbidden City in Beijing, the Mukden Palace, namely the Shenyang Forbidden City, is the only other existing palace complex in China. Within its walls much is revealed about the early Qing Dynasty. It was listed by UNESCO as a World Cultural Heritage Site in 2004 as an extension of the Forbidden City and is now the most popular and renowned tourist attraction in Shenyang. 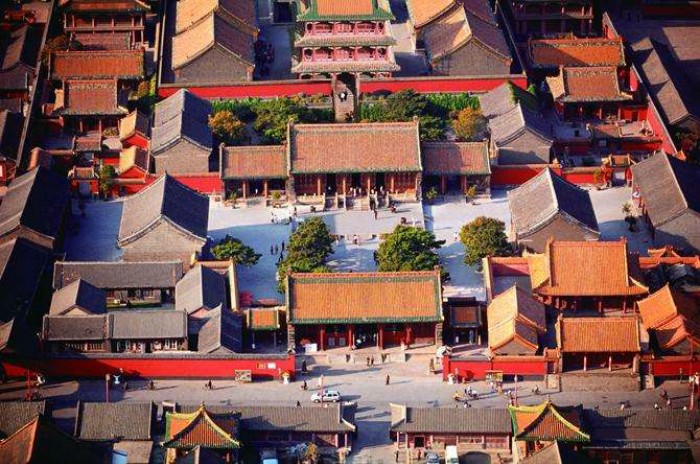 The eastern section of Shenyang Imperial Palace contains the very impressive Hall of Great Affairs (Da Zheng Dian). Here emperors ascended the throne, enacted imperial edicts, and welcomed victorious generals and soldiers. A group of pavilions, known as the Ten Kings Pavilion, stand to its east and west. They formerly served as the place where emperors and leaders from the eight banners (Ba Qi) settled national affairs. 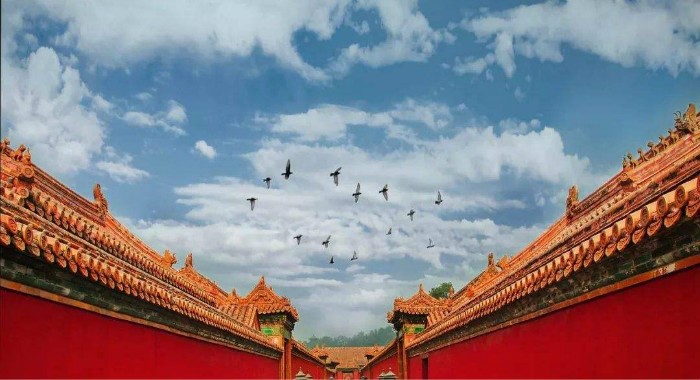 This architectural style of the Mukden Palace is unique. The style of the buildings, which displays an amalgamation of Han, Manchu and Mongolian cultures, all originated from the shape of a nomadic tent. The eastern section of the palace is representative of the whole palace. 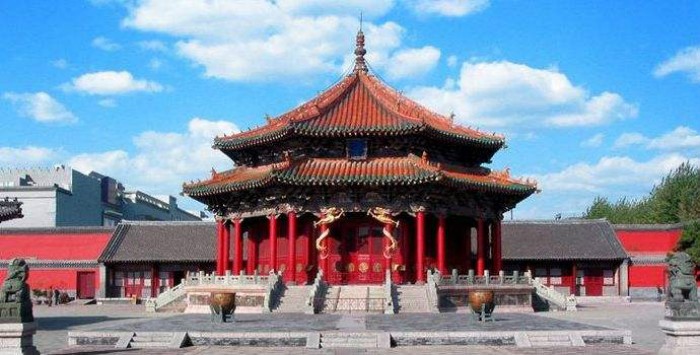 The middle section starts from the Da Qing Gate, with Chong Zheng Dian (Jin Luan Dian), the Phoenix Tower and Qingning Palace arranged on a central axis from south to north. Chong Zheng Dian is the place where Abahai held court. It is the most important building in the Mukden Palace. The Phoenix Tower, a three-storied building, was the highest structure in the whole city at that time. Qingning Palace was the bedchamber for Abahai and his concubines.

The western section was constructed by order of Emperor Qianlong (1711-1799). Its main structure is the Wen Su Pavilion. In front of this, there are the Opera Stage and Jiayin Hall and behind it is the Yang Xi Room. The Wen Su Pavilion, which contains the Complete Collection of Four Treasures, has a black roof because black was considered to represent water which could be used to extinguish a fire to protect the priceless books contained inside.