Xibaipo Village, the Headquarters of the Chinese People’s Liberation Army

Xibaipo is a village located in the middle of Pingshan County of Shijiazhuang City, Hebei Province. It got the name Xibaipo, literally a slope with cypresses, from verdant cypresses on a hillside behind the village. Covering an area of around 16,440 square meters (4 acres), it once served as the headquarters of the Central Committee of the Chinese Communist Party (CCCPC), Central Working Committee and Chinese People’s Liberation Army. In Xibaipo Village, the Central Committee and Chairman Mao commanded three major campaigns including Liaoshen, Pingjin and Huaihai Campaigns during the Chinese civil war (1946-1949) against the Kuomingtang, convened the Second Plenary Session of the Seventh Central Committee and National Land Conference. On March 23th, 1949, the headquarters were moved to Beijing. 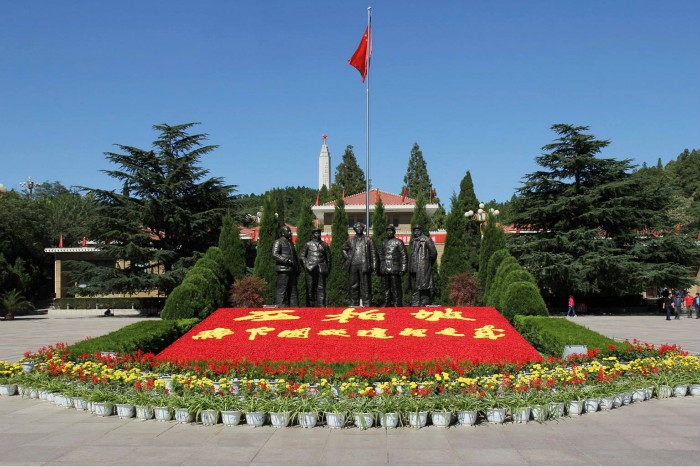 After years of development, Xibaipo Village has become a patriotism base as well as a popular tourist site. The main attractions are the Former Site of CCCPC, the Memorial Hall, the Garden of Monuments, the National Security Education Hall, the Sculpture Garden of Former Chinese Leaders, the Anti-corruption Education Hall and the Youth Garden, among which the first three are definitely worth a visit. 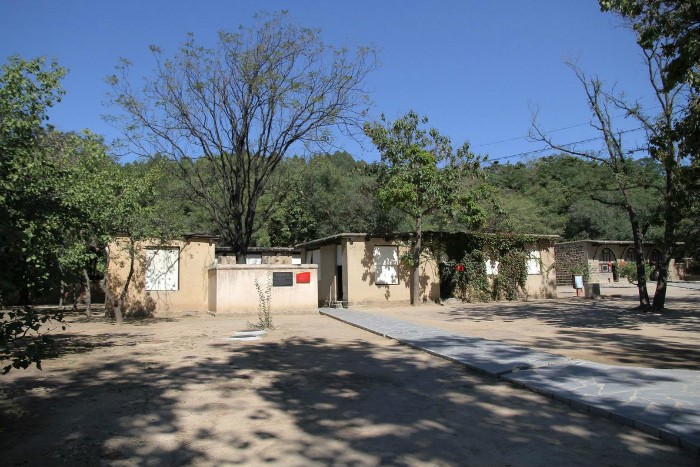 Originally, the Former Site of CCCPC was located in the east of the Xibaipo Village. However, Gangnan Reservoir was built near the village in 1958. Therefore, another new village patterned on the original one was built on a hill near the reservoir in 1971, so is the current site. Until now, 196 rooms with a total floor space of around 2,760 square meters (3,300 square yards) have been rebuilt, such as the former residences of former Chinese leaders including Chairman Mao, Zhu De, Liu Shaoqi, Zhou Enlai, Ren Bishi and Dong Biwu, Command Room of the Central Military Commission, the Site of the Second Plenary Session of the Seventh CCCPC, the air-raid shelter. 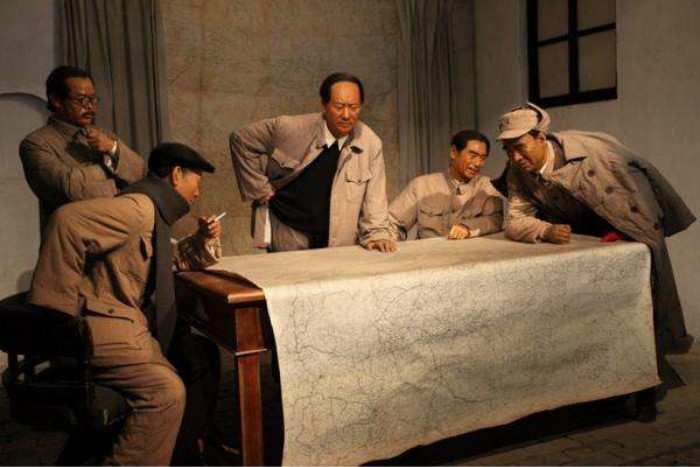 The Memorial Hall was built to the southwest of the Former Site of CCCPC in 1977. It was opened to the public in May of 1978, housing more than 2,000 pieces of revolutionary relics. Some precious ones are Chairman Mao’s desk, Liu Shaoqi’s document case, Zhu De’s metal chair and Dong Biwu’s walking stick.

The Garden of Monuments was expanded from the Garden of Stone Inscriptions constructed in 1997. To commemorate the 90th anniversary of the founding of Chinese Communist Party in 2011, the Garden of Stone Inscriptions was enlarged and renamed as the Garden of Monuments. There is a giant black marble slab inscribed with more than 560 pieces of calligraphy works of Chinese former leaders and generals, well-known national calligraphers and social celebrities. The central monument is made of a 8.7-meter (28.5-foot) tall triangular marble slab with the inscriptions of the former Chinese leaders (Chairman Mao, Deng Xiaoping and Jiang Zemin).