The Pearl River in Guangzhou City is picturesque, adorned by charming views along the river. The Pearl River cruise in Guangzhou has become a must-see for tourists. Whether you choose a daytime or an evening cruise, it will be a highlight of your trip. 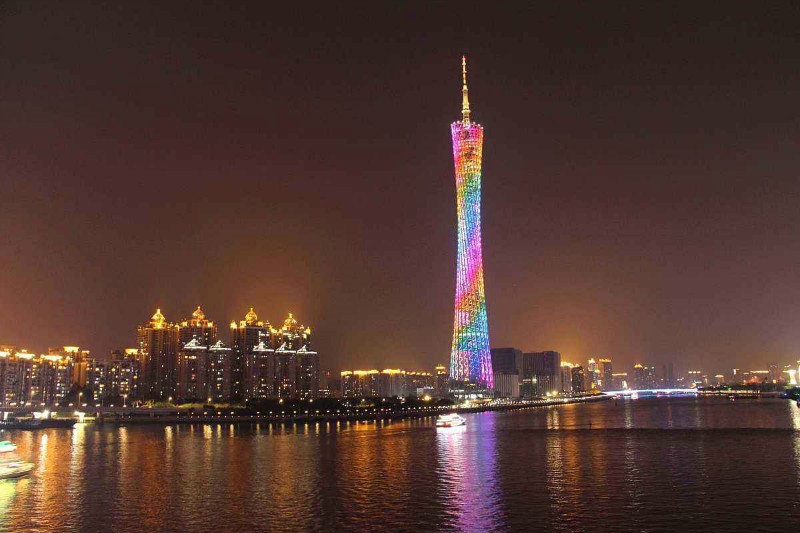 It is named after “Pearl” not because of valued jewels but for a rocky island in the river, which is scoured to be very smooth by the water years after years, hence, the island is seen as a huge pearl in the river, so comes the name.

There is another legend about the naming of the ‘Pearl River’. It was said that a Persian businessman stole the valueless pearl of his country and came to auction it in Guangzhou. Since it was the treasure of the nation, the Persian State sent people carrying lots of money to Guangzhou and buy the pearl. When they took out the pearl for appreciation on their way back by ship, the precious pearl flew up suddenly and fell into the river. Later the pearl changed into a huge stone, shinning. People called it Sea Pearl Island, thus the name of the Pearl River. 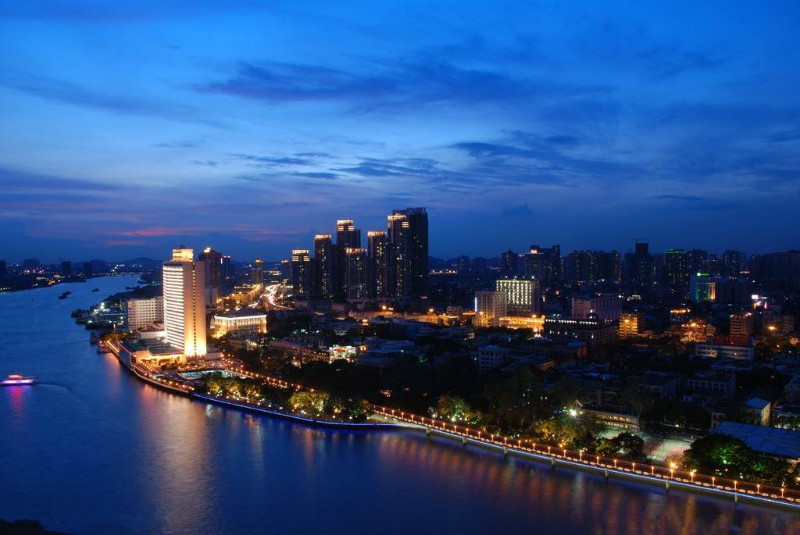 The White Goose Pool, also called ‘Night Moon over the Goose Pool’ is regarded as one of the eight famous attractions in Guangzhou. Since ancient times, it has been an important transportation channel. It features in a beautiful legend and is also famous for its charming landscape. The pool is the widest place for the river in Guangzhou and the water here is deep and torrential. As the water is of green jade color, the sun during the day and the moon by night, are reflected in it in hues that charm both locals and visitors alike. 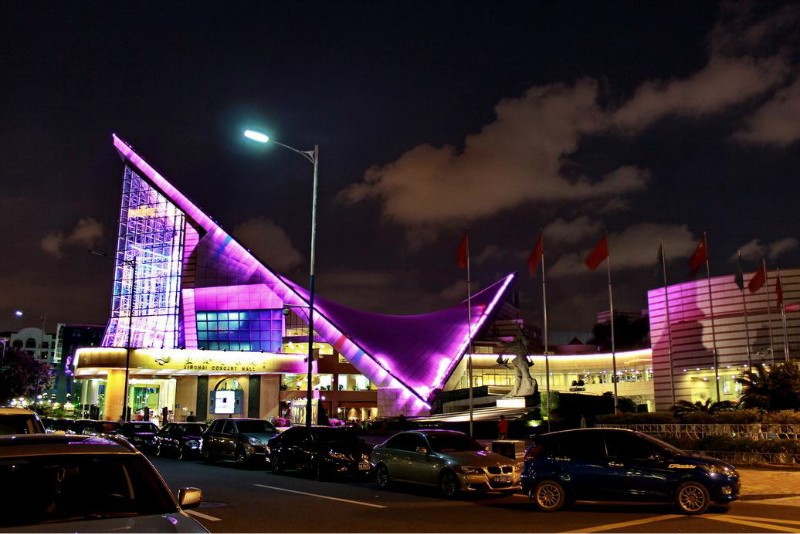 Located on the charming Ersha Island on the bank of the Pearl River, Xinghai Concert Hall is like a swan flying on the river bank. Guangdong Art Museum and Guangdong Overseas Chinese Museum are just to the east. The concert area consists of two halls – the Orchestra Concert Hall that can hold 1,500 spectators and the Chamber Hall with 460 seats. This concert hall is multifunctional and equipped with advanced facilities, raising it to the level of international standards. 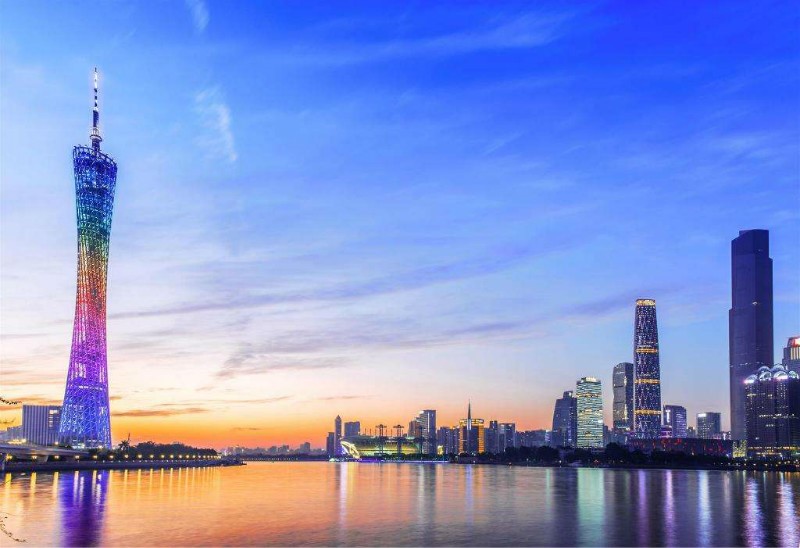 Guangzhou Tower, which stands 125 meters from the southern bank of the Pear River, is a largest urban infrastructure of Guangzhou functioning as both tourist site and television broadcasting. Completed in September of 2009, this 600-meter-high tower took the place of the CN Tower of Canada and becomes the highest self-standing television tower in the world 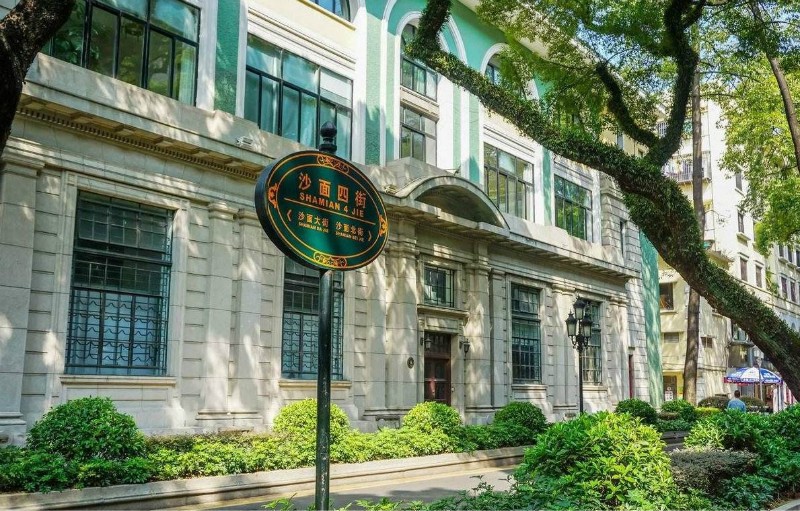 Located on the northern bank of the White Swan Pool, Shamian is an oval alluvion considered to be the most European style place in China. On this 0.3 square kilometer land there stand about one hundred buildings of neoclassical, neobaroque and Gothicstyle. Some 19 countries have had consulates there over the years. Shamian is renowned as the ninth most famous historical attraction in Guangzhou. 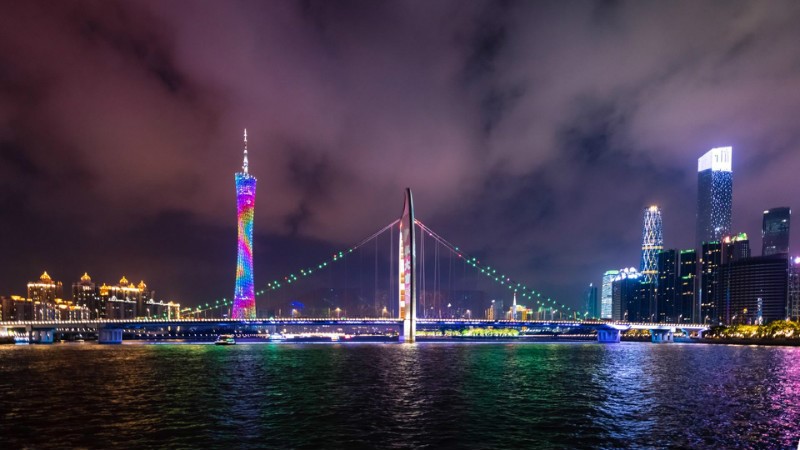 Hailed as “the first wharf of Guangzhou”, the Tianzi Wharf located in Yuexiu District works as a tourist wharf at present, where most night cruise ships set sail. Being the oldest wharf of Guangzhou, the wharf could be used by officials only. It was the wharf which Lin Zexu departed to Humen to burn opium as well as the place that Dr. Sun Yat-sen started the northern expedition against feudal separationist rule in China. 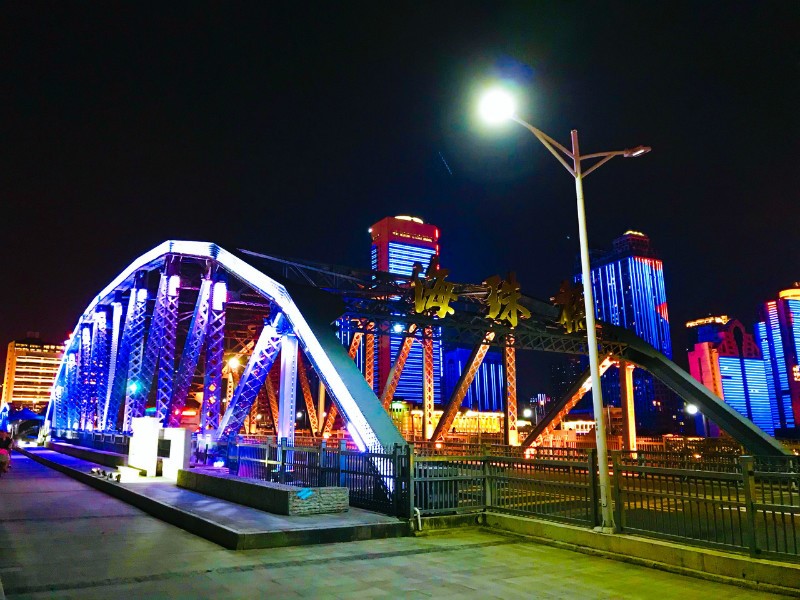 Located north of Haizhu Bridge, Haizhu Square was built in 1954 covering an area of 35 thousand square meters. In 1959, a monument for liberation in Guangzhou was built in the middle of the square. In 1963, the square was regarded as one of the eight attractions in Guangzhou called ‘Red Heart of the Pearl River’.

Different kinds of trees are planted in the square including banyan, ceiba, redbud and palm. It is also a good place to admire the beauty of the Pearl River. South of the monument is Haizhu Bridge. The Exhibition building of Chinese Export Commodities Fair (CECF), the Guangzhou Hotel and some new architecture are to be seen also near the square.