Song of everlasting sorrow is a long narrative poem written by bai juyi, a poet in the tang dynasty. The poem vividly narrates the love tragedy between xuanzong and Yang guifei. With the help of historical figures and legends, the poet created a moving story with twists and turns, and through the artistic images he created, he reproduced the reality of real life and infected readers for thousands of years. The theme of the poem is “eternal hatred”. The poem had a profound influence on many literary works of later generations. 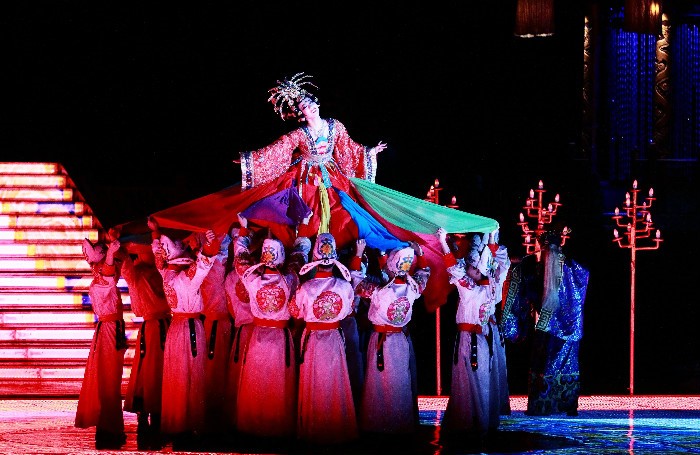 In this long narrative poem, the author narrates the love tragedy of xuanzong and Yang guifei in the anshi rebellion with concise language, graceful image, narration and lyric combination. Tang xuanzong and Yang guifei were all figures in history. The poet did not stick to history, but by a little shadow of history, according to the legend of the people at that time, the singing of the neighborhood degenerated into a twists and turns, which was very touching. As the stories and characters in the poem are artistic, they represent the complex and true human beings in reality, so they can ripple in the hearts of readers throughout the ages.

The beauty of huaqing pool impresses visitors during the day. In the evening, a large live-action historical drama called “song of everlasting sorrow” was staged here to feast the eyes of tourists. The drama tells a touching love story between xuanzong (618-907) and his favorite concubine Yang yuhuan. Their love story happened in huaqing pond more than a thousand years ago.

Song of everlasting regret is a long narrative poem created by bai juyi (772-846), a famous realistic poet in the tang dynasty. Now, the captivating poem has been adapted into a one-scene, 10-scene historical drama that tells a love story divided into four parts: falling in love, inseparable couples, leaving lovers, and a reunion in wonderland. 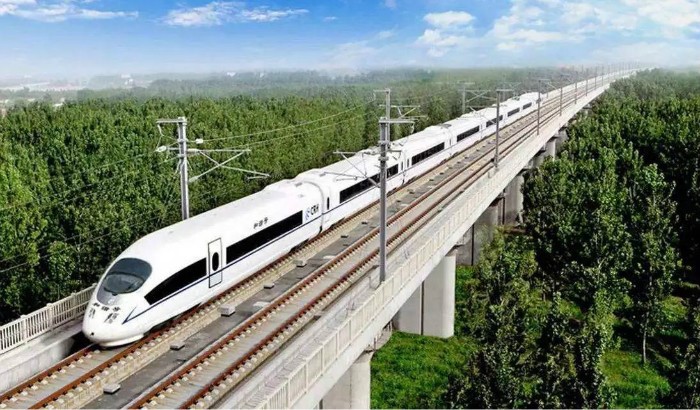 The station is just 200 meters (656 feet) from the Badaling Great Wall, the most famous in China. Travelers can walk to the Great Wall Ropeway station in about two minutes. From downtown Beijing, Qinghe railway station is only 20 minutes away, and Beijing north railway station is only 30 minutes away. The high-speed train is the fastest and best way to visit the Badaling Great Wall.
The world’s deepest high-speed railway station also has a breathtaking 84-meter (276-foot) escalator that gives passengers the feeling of crossing the earth. It is about 42 meters (138 feet) high, the height of a 14-story building. Starting from January 1, 2020, 5 pairs of trains will depart from Beijing north railway station at 6:40, 2 pairs from Beijing Qinghe railway station at 7:25, and the Great Wall at Badaling. It’s about 35 minutes north of Beijing and only 19 minutes from Qinghe. First class fares are 46 yuan and 44 yuan, while second class fares are 29 yuan and 27 yuan.

Covering 39 acres, it contains 463 buildings, such as halls, pavilions and towers, END_OF_DOCUMENT_TOKEN_TO_BE_REPLACED

South Luogu Lane is one of the oldest narrow lanes in Beijing. It is an 800-meter-long lane from north to south, with cafes, END_OF_DOCUMENT_TOKEN_TO_BE_REPLACED

The use of squat toilets in China may not be among the “top 10” choices for holidaymakers, END_OF_DOCUMENT_TOKEN_TO_BE_REPLACED

Bund has been one of the most recognizable symbols and the pride of Shanghai. The architecture along the Bund is a living museum of the colonial history of the 1800s. You’ve never been to Shanghai if you haven’t seen the Bund. END_OF_DOCUMENT_TOKEN_TO_BE_REPLACED