The Art of War is an ancient Chinese military treatise attributed to Sun Tzu ,a high-ranking military general, strategist and tactician, and it was believed to have been compiled during the late Spring and Autumn period.The text is composed of 13 chapters, each of which is devoted to one aspect of warfare. It is commonly known to be the definitive work on military strategy and tactics of its time. It has been the most famous and influential of China’s Seven Military Classics, and for the last two thousand years it remained the most important military treatise in Asia, where even the common people knew it by name. It has had an influence on Eastern and Western military thinking, business tactics, legal strategy, and beyond.

Sun Tzu was a Chinese author of The Art of War, an immensely influential ancient Chinese book on military strategy. He is also one of the earliest realists in international relations theory.

The name Sun Tzu (“Master Sun”) is an honorific title bestowed upon Sun Wu, the author’s name. The character Wu, meaning “military”, is the same as the character in Wushu, or martial art.

Warrior and philosopher Sun Wu is very popular worldwide and many famous military officials and politicians have referenced him. The principals and ideas presented in the Art of War have been used in almost any aspect of the modern world – business, politics, sports, and diplomacy. Millenniums old Sun Tzu quotes on friends, friendship, enemy, war and victory provide practical tips for everyday success in the modern world.

In thirteen concise chapters of the Art of War, general Sun Tzu defines a sophisticated science in a deliberative manner, starting with a key assertion: “War is a vital matter of state.”

Detail assessment and planning explores the five fundamental factors (the Way, seasons, terrain, leadership and management) and seven elements that determine the outcomes of military engagements. By thinking, assessing and comparing these points, a commander can calculate his chances of victory. Habitual deviation from these calculations will ensure failure via improper action. The text stresses that war is a very grave matter for the state and must not be commenced without due consideration.

Waging war explains how to understand the economy of warfare and how success requires winning decisive engagements quickly. This section advises that successful military campaigns require limiting the cost of competition and conflict.

Strategic attack defines the source of strength as unity, not size, and discusses the five factors that are needed to succeed in any war. In order of importance, these critical factors are: attack, strategy, alliances, army and cities.

Forces explains the use of creativity and timing in building an army’s momentum.

Weaknesses and Strengths explains how an army’s opportunities come from the openings in the environment caused by the relative weakness of the enemy in a given area.

Military maneuvers explains the dangers of direct conflict and how to win those confrontations when they are forced upon the commander.

Variations and adaptability focuses on the need for flexibility in an army’s responses. It explains how to respond to shifting circumstances successfully.

Movement and development of troops describes the different situations in which an army finds itself as it moves through new enemy territories, and how to respond to these situations. Much of this section focuses on evaluating the intentions of others. 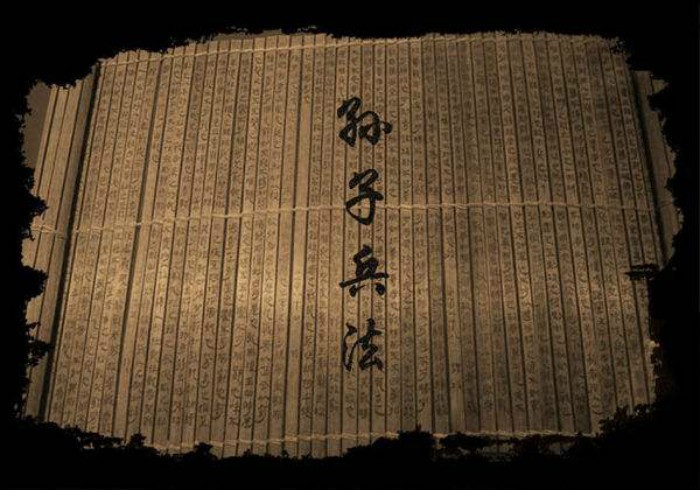 Situational positioning looks at the three general areas of resistance (distance, dangers and barriers) and the six types of ground positions that arise from them. Each of these six field positions offer certain advantages and disadvantages.

Nine terrains describes the nine common situations (or stages) in a campaign, from scattering to deadly, and the specific focus that a commander will need in order to successfully navigate them.

Attacking with fire explains the general use of weapons and the specific use of the environment as a weapon. This section examines the five targets for attack, the five types of environmental attack and the appropriate responses to such attacks.

Intelligence and espionage focuses on the importance of developing good information sources, and specifies the five types of intelligence sources and how to best manage each of them.