In 2004, the capital and mausoleums of the ancient koguryo kingdom of China were added to the United Nations world cultural and natural heritage list. The ruins include the capital city of unu mountain city, jinji city and wandu mountain city. Graves of 14 empires; 26. A noble tomb; A general’s grave; There is also a monument to the 19th emperor of koguryo. The ancient relics are mainly located near ji ‘an city in jilin province and huanren county in liaoning province. 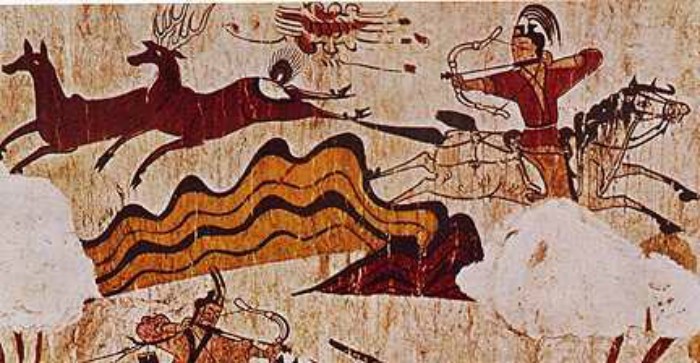 Koguryo was a kingdom that ruled parts of northeast China and the northern side of the Korean peninsula from 37 BC to 668 AD. What we see today is evidence of a once brilliant but lost civilization.

The ancient koguryo royal mausoleum scenic area was the first city to establish the capital of koguryo and the earliest among the 100 existing royal cities along the yalu river. The mountain city was built according to the Chinese architectural tradition, but there were great innovations in site selection, wall construction and stone processing. Chintagunta and mantagunta were the composite capitals of koguryo for most of its history, and through archaeological and architectural studies of their remains, they have proved to be masterpieces of the capital.

There are about seven thousand ancient tombs outside the mountain city, many of which have exquisite murals, rich in content and color, showing the culture and daily life of the koguryo kingdom. It depicts hunting, war, religion (Buddhism, Taoism and Confucianism) and other aspects of life.

According to archaeological research, the general’s tomb — located northeast of the city of ji ‘an — is said to be that of the 20th emperor. It looks like the tomb of an ancient Egyptian pharaoh, hence its name: the eastern pyramid.

So far, only three artifacts documenting koguryo history have been found. Among them, good Thai king tablet (or stone tablet) the longest content, the richest. The monument was built in memory of the 19th emperor, and the inscription records the emperor’s achievements and achievements, as well as legends about the origin and development of koguryo. The inscription is engraved with Chinese characters, showing the integration of koguryo and Chinese culture.

Tianzifang, a Vanguard of Creative Expressions
Former French Concession in Shanghai
Chinese Names, with Chinese Tradition and Characteristics
Chinese Knot, Which Has a Long History and a Symbolic Meaning