For foreigners who want to experience Beijing’s nightlife, Tianqiao is a good choice! When considering nightlife options for older generations of locals, the flyover is a no-brainer. In fact, it is not a bridge, but a place where people like to get together to eat, drink and be merry. Since the yuan dynasty, the flyover has been a popular place for people. The area is also the cradle of Chinese folk culture and art, with many original folk performances such as acrobatics and music born here.

The area has changed over the centuries, but the quality of entertainment remains high. Two of the most famous venues are the tianqiao theater and the tianqiao music teahouse (the name means happy tianqiao), located at 30 beiwei road, xicheng district. The theatre excels in modern song and dance performances, while teahouses offer more traditional art forms such as Peking Opera, acrobatics, martial arts and folk songs. Visitors to China may be a little apprehensive about going to see Peking Opera, but it’s a must-see experience because the performances are really spectacular, including music, dancing, acrobatics and spectacular costumes.

Tianqiao because of the rise of the market and prosperity, and this market, but also for the common people, set cultural entertainment and commercial services as one, the combination of culture and commerce, mutual promotion. Its rise is not only an economic phenomenon, but also a cultural phenomenon. In the course of its development, the bridge has gradually formed a unique civilian culture of the bridge, because it is rooted in the common people, it has gone through many vicissitudes, but can be lasting. 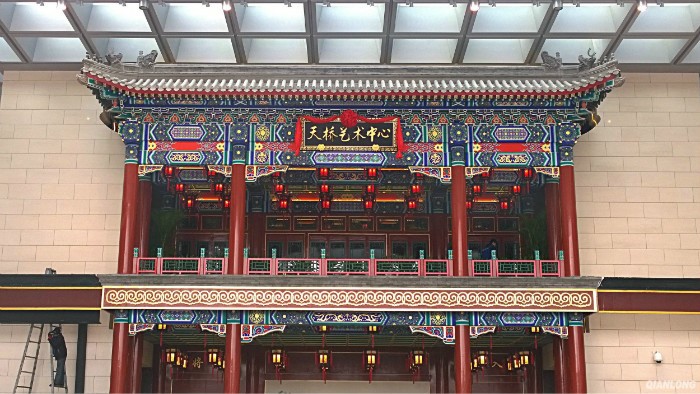