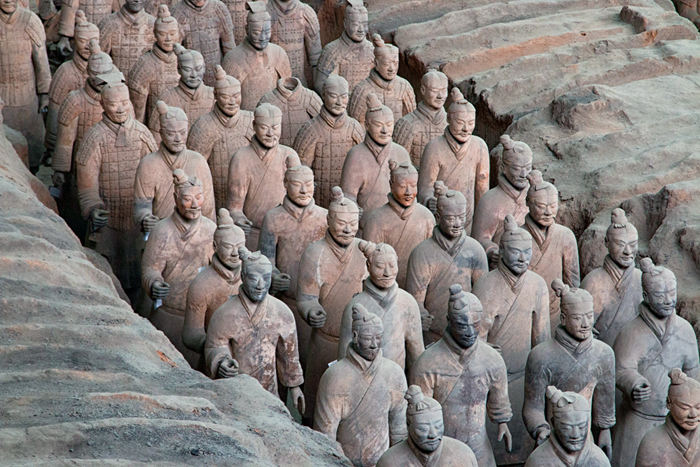 Chinese archaeologists discovered the Mausoleum of the First Qin Emperor in the spring of 1974, and the place where Qin Shihuang was buried also had been found. But almost 40 years have passed, the Chinese have never meant to Excavate it. Why?

First of all, the National Cultural Heritage Administration has made it clear for a long time that we should not take the initiative to excavate the tombs of emperors, which is an established policy that must be unswervingly implemented.

Zhang Weixing, an expert at the Emperor Qinshihuang’s Mausoleum Site Museum, said that in general, we do not take the initiative to explore the mausoleum unless it is a rescue excavation. We do not have enough understanding of the whole part of the mausoleum and the protection technology is not mature. Therefore, the “idea” of excavating the mausoleum is against science.

How to Develop Tourist Scenic Spots with High Quality
Reed Flute Cave - the Palace of Natural Art, Stalactites continue to grow as long as there are water...
Li Bai, Li Bo, Taibai, Qinglian Jushi, One of the Greatest Poets in China
Universal Beijing Resort starts locating the lands