Pingyao Ancient City was established in the centre of Shanxi Province, and is well-known for the Local Resident Houses of the famous Jin (short name of Shanxi)  Merchants who indulged in business and then returned many years later when they were quite rich. At this sight, we usually can’t help wondering ‘How has a prospering business like this existed in Pingyao’. Here, on the Ancient Ming-Qing Street, the called ‘Wall Street of China’ and where Liang’s Compound is located, we’ll find an answer. 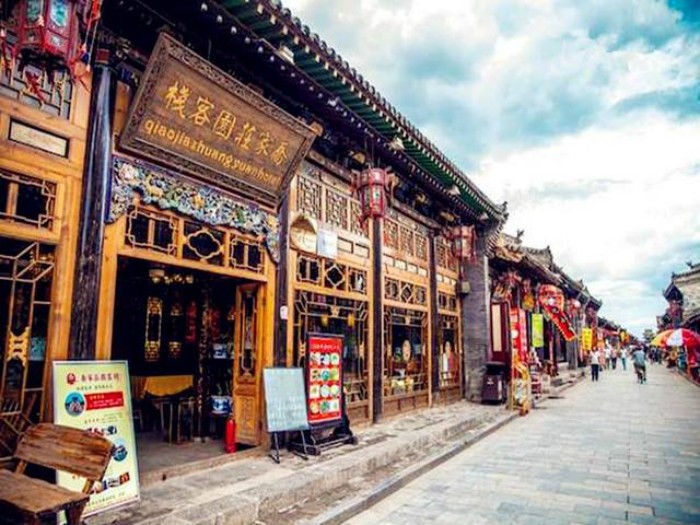 Ancient Ming-Qing Street was the noisiest centre of business at that time. The street is not very wide, with various kinds of shops orderly arranged along the road. These shops were all built with bricks and stones completely in the style of Ming and Qing architecture, which are all the prototypes of the aged buildings and quite different from the imitation works now. In the granite thresholds of each decent house, two lines of deep trails left by the running-over carriages can still be found, which provides evidence of the former bustle of business and also the pride held for them in the old days. 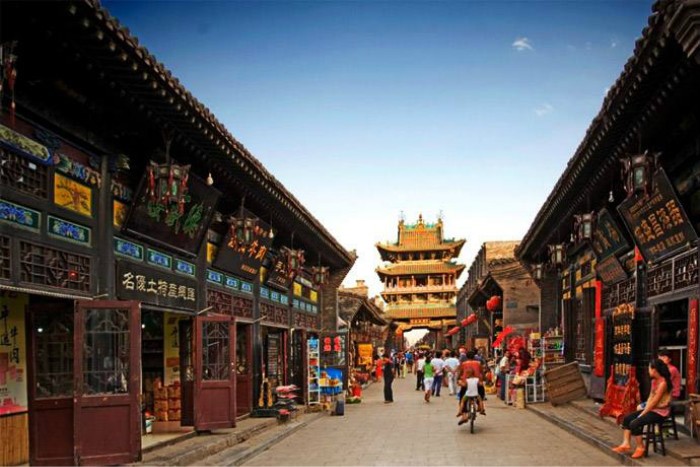 Pingyao had been the focus of trade and lead the national finance for decades since the Ming Dynasty (1368-1644). On the main streets of South Avenue, West Avenue and East Avenue, various shops, firms and banks are scattered, along with a wide range of businesses, including a teashop, cloth shop, salt shop, silk shop, general merchandise shop, hockshop, exchange shop among others. West Avenue, where the known nowadays as the ‘Countryside Grandfather’ of sundry Chinese banks, Rishengchang Former Bank is located, was called ‘the First Financial Street of Great Qing (1644-1911)’.

Nowadays, many shops on the Ancient Ming-Qing Street have been rebuilt to be used as museums or restaurant. For example, Baichuantong Exchange Shop now displays furniture, calligraphy, household utensils and other articles of the previous housemasters. Yonglonghao Exchange Shop has been rebuilt as the national lacquer museum and Yunjincheng Chinese Medicine Shop as Pingyao Traditional Famous Food Restaurant. 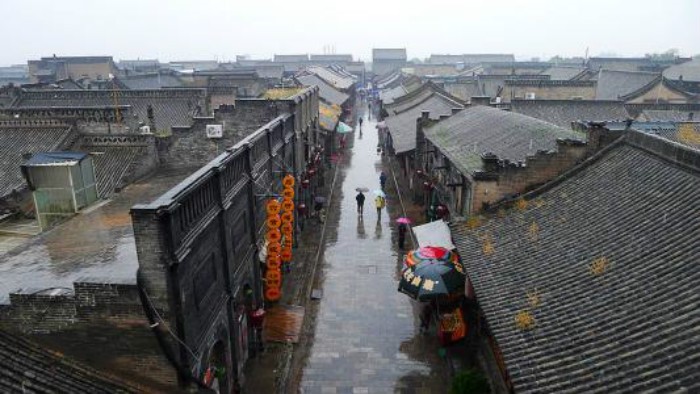 Walking to the centre of the Ancient Ming-Qing Street, you can see a tall pavilion building. Here almost all the businesses in this city were concentrated back then. This building, also called City Building, along with the City Wall, has become witnesses to the long history of this ancient city in the people’s eyes. A well is hidden in the southeast of the building, the color of its water is said to be closest to gold. Hence the building is also called ‘Golden Well Building’. The spot had entered into the directory of Twelve Sceneries of Pingyao in the Qing Dynasty and this area is also listed as a key spot now under provincial cultural protection.

Entering the Ancient Ming-Qing Street, you can not only feel the atmosphere of the flourishing businesses formerly established but also appreciate the really ancient building designs. Don’t pass by the chance to properly taste some of the delicious food available in Pingyao, such as noodles made as dishes, savory beefs as well as the uniquely fragrant and dainty ‘Wantuo’. With so many interesting and historical attractions to visit and divine concoctions to sample, this area is sure to make a lasting impression on you once you venture here.

The Silk Road in China, Chinese put forward the strategic vision of building a "new silk road econom...
Top 10 Universities in China, What You Should Know
Mount Qingcheng - One of the Four Famous Taoist Mountains in China
Xinghai Park, Xinghai Bay in Dalian