The old town has a history of more than one thousand years. As early as the spring and autumn period and the warring states period (770-221 BC), Xitang was a strategic place at the junction of Wuyue and one of the cradles of wuyue culture. During the yuan dynasty (1271~1368), Xitang developed into a prosperous town. During the Ming and Qing dynasties (1368~1911), it was known as an important commercial and handicraft town in southern China.

The main attraction for tourists is the easygoing lifestyle that local residents have followed for thousands of years. Unlike other ancient towns such as Zhouzhuang and Wuzhen, Xitang is not a bustling village, where people live an ordinary and peaceful life. The simple ways of life may have disappeared in the commercialized ancient towns, but they fill every alley in Xitang. For visitors from the modern metropolis, Xitang is a good place to experience simplicity and leisure. Xitang water town, like a clear melodious flute, with the soul to enjoy!

Xitang is a water town, Jiujiang, eight sections of the ancient stone bridge connected. There are 104 Bridges in total. Among them, there were 11 ancient Bridges built in the song dynasty, including Anren bridge, Anjing bridge, Wufu bridge and Yongning bridge. Wolong bridge, Wuchang bridge and Songzi laifeng bridge built in the Ming and Qing dynasties are also famous. Some are like rainbows on the river, some are like long flutes. Standing on these Bridges, watching the traditional boats pass by, is a meditation on the past.

Many of the shops and old houses in Xitang are built along the river. There are 122 hutongs, some long, some short, some wide and some narrow. The alley was paved with stone slabs, polished by the footsteps of pedestrians and centuries of wind and rain. Strolling in the ancient lane, you are like a journey through a thousand years of history, connecting your modern life with the old stories. You can’t miss shipi lane. It’s the most famous lane. It’s 68 meters long. It is made of 216 3cm slabs of stone. The widest part is 1.1 meters, and the narrowest part is 0.8 meters, making it difficult for two people to pass. When you look up at the sky, you will feel that shipi lane is like “a wisp of sky”. 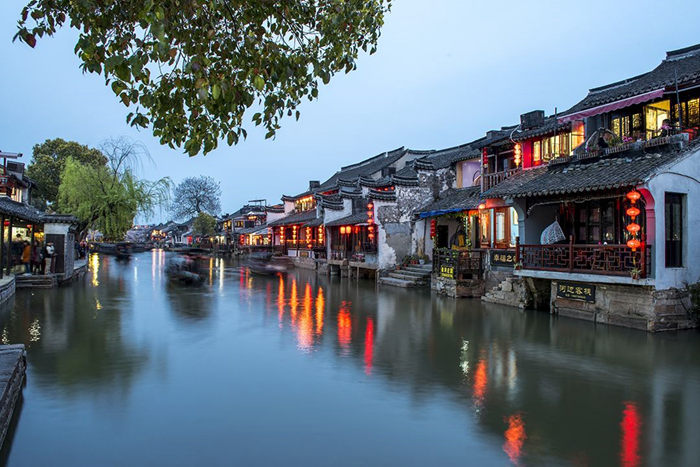